Syrian delegation says it should be among group of countries giving support to combat climate change, official media reports 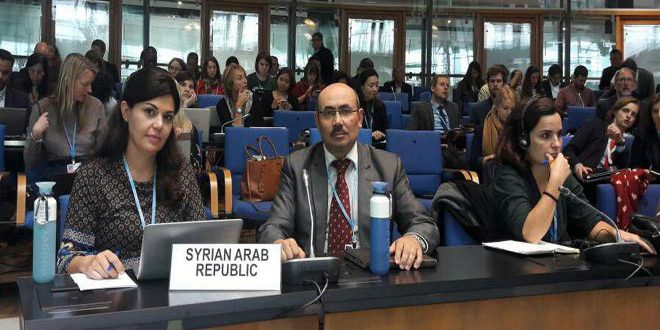 Syria’s accession to the Paris Climate Agreement was approved on Monday by the United Nations, Assistant Minister for Environment Wadah Qatmawi announced.

Syria is participating in the COP23 U.N. Climate Change Conference in the German city of Bonn, currently being held between Nov. 6-17.

During the technical meetings, Syria said that nations should prioritize support to countries which have suffered from disasters, like Syria, which has been subjected to an unjust terrorist war that has affected all aspects of life.

The statement by the Syrian delegation will be read at a high-level meeting to be held on Thursday.

The Paris climate accord, a historical charter aimed at reducing global warming, was adopted at the end of 2015 with 169 countries ratifying the agreement so far.