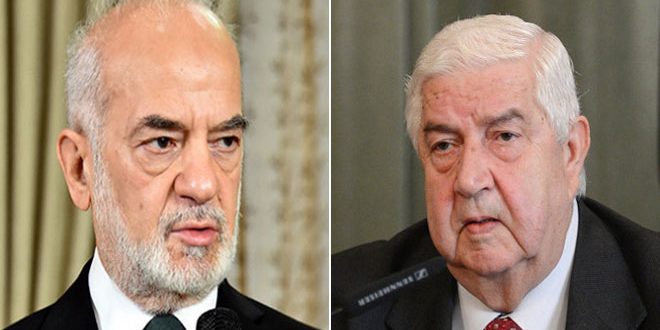 Foreign Minister Walid al-Muallem has stressed the need for continued coordination between Syria and Iraq in order to confront the challenges facing the region, according to a statement from the office of the Iraqi foreign minister.

Muallem’s calls came in a message to his Iraqi counterpart Ibrahim al-Jaafari on Thursday, highlighting the importance of activating agreements already signed between the two countries.

The statement said that Iraq and Syria have reviewed their bilateral relationship and mean to further support ties in various fields to the best interest of the brotherly people of both countries.

Continued coordination and cooperation must continue between Iraq and Syria to combat the terrorist mentality, Jaafari’s statement added.

Muallem’s message, according to his counterpart’s office, also offered condolences to the Iraqi people over the deadly earthquake in northern Iraq which killed a number of people on Sunday.