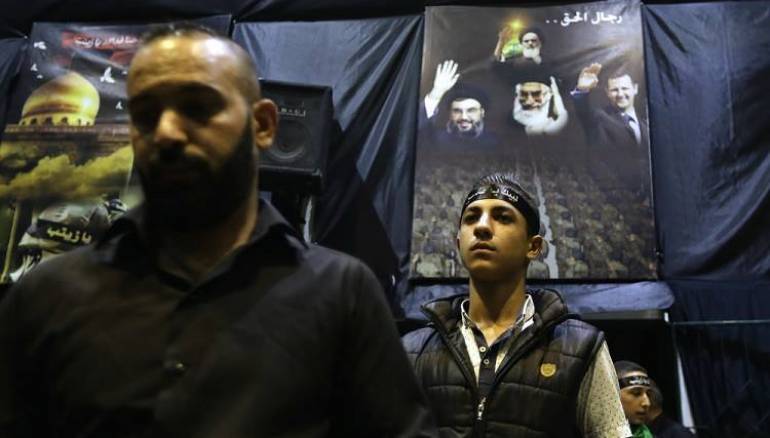 Damascus has seen a huge increase in the number of Shiite pilgrims arriving to the capital this year in celebration of the Arbaeen pilgrimage, the world's largest public gathering of Shiites held at the end of Ashura.

But activists and residents have criticized the Shiite gatherings, claiming that they reintroduce the threat of sectarian tension and demographic change.

Various armed paramilitary groups, including the Iranian Imam Ali Brigades militia, have been keen to promote their role in "protecting the visitors.”

The Imam Ali Brigades published a video showing Shiites from a village in southern Lebanon speaking about their journey to the Sayeda Zeinab district in Damascus.

In a video published by the Imam Ali Brigades, titled "Our heroic mujahedeen are providing protection for Abu Abdullah al-Hussein's condolences,” a woman can be heard talking about the doubled numbers of Shiites coming to Syria.

"The crowds are multiplying every year. We used to come in a small van with 30 passengers, now we come with 10 buses,” she says. Each bus contains 55 passengers.

This comparison suggests a huge increase in the number of Shiite pilgrims to Syria, confirmed by scenes and images broadcast by many sectarian media outlets covering commemorations.

Shiite visitors from Lebanon were joined by pilgrims from Iraq, Iran, Afghanistan and even Kuwait.