War monitor claims 160 people have been killed in shelling on the rebel-held area in the past two weeks, Zaman al-Wasl reports 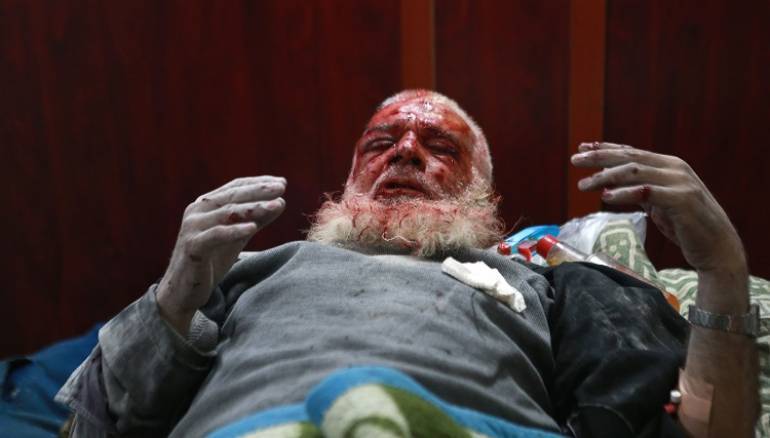 At least nine civilians were killed on Monday in renewed airstrikes on the besieged Eastern Ghouta suburbs near Damascus, local activists reported.

The airstrikes, which targeted the suburb of Madyara, have tipped the death toll to 160 people since the regime army backed by Russian jets began an offensive two weeks ago to take the besieged rebel-held area, according to the U.K.-based Syrian Observatory for Human Rights and local activists

On Sunday, the aerial and ground shelling killed 13 people in the neighborhood of Misraba as well as 10 others in Madyara and neighboring suburbs.

Eastern Ghouta is one of several designated “de-escalation” zones across western Syria, where Russia has brokered deals to ease the fighting between rebels and President Bashar al-Assad’s government.