Monitor says nine children among those killed in Russian raids on the Islamic State-held city of Al-Jerzi, Zaman al-Wasl writes 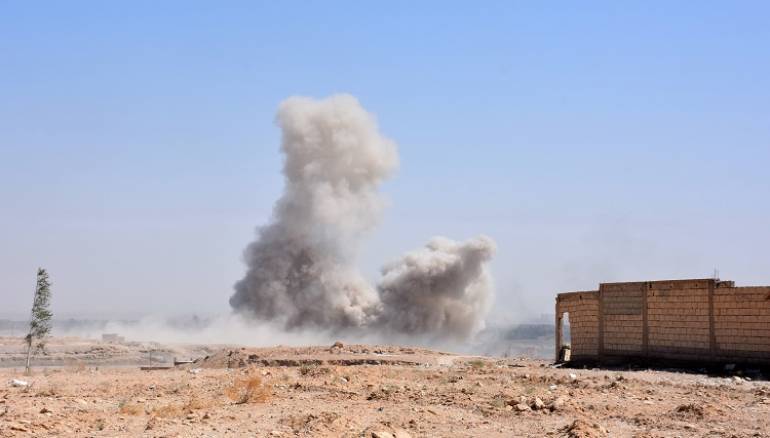 At least 21 displaced people have been killed in a Russian airstrike on the province of Deir-ez-Zor, as Assad regime forces and allied Shiite militias claim to have taken full control of the western bank of Euphrates River, local media and pro-regime news feeds reported.

The Syrian Observatory for Human Rights said the bombing raids hit the village of Al-Jerzi on the eastern bank of the Euphrates, which cuts across the province of Deir-ez-Zor.