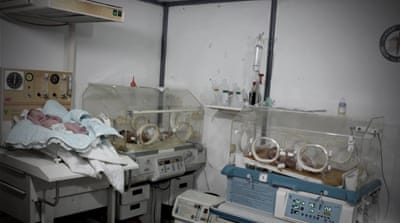 The Army of Islam has arrested an official in the nursery division in the Eastern Ghouta after accusing her of sorcery and killing children.

According to a statement issued by the Free Damascus and its Countryside Health Directorate, the arrest occurred on Dec. 13, when the director of the neonatal division in the Eastern Ghouta was arrested and taken to an undisclosed location. It said that the nurse had been unlawfully detained in a case of arbitrary detention as no judicial or security warrant had been issued according to legal and judicial rules.

Activists have revealed the identity of the arrested nurse as Ghassoun Murshid, a specialist in children’s nurseries who played a major role in setting up the nursery point in Douma in 2013 and training a number of nurses. She also had a role in administering vaccination programs in the city.

Among the charges issued by the Army of Islam judiciary were “killing Sunni Muslim children” and practicing “magic and sorcery.” Murshid is still under arrest.

For its part, the judiciary said in a statement that the detention of the nurse was issued by a court of the High Judicial Council in line with an arrest warrant from the general prosecutor in the Damascus countryside.

The council noted the courts were ready to hear any complaints, calling on the Health Directorate to address the court to understand the circumstances of the case.