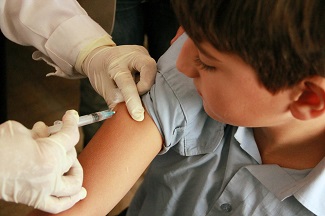 The director of the Free Idleb Health Directorate said on Thursday that over 400,000 children aged between 1 day and 5 years had benefited from the last oral vaccination campaign in 2017 against polio.

The directorate said that in cooperation with the Syrian Immunization Group it had launched over the last year three rounds of oral vaccination and a single round of muscular vaccination against polio.

The Free Idleb Health Directorate opened last year a number of vaccination centers, two of them in Idleb city, in cooperation with the Syrian Immunization Group, which works on vaccinating children through roving teams in villages and towns.