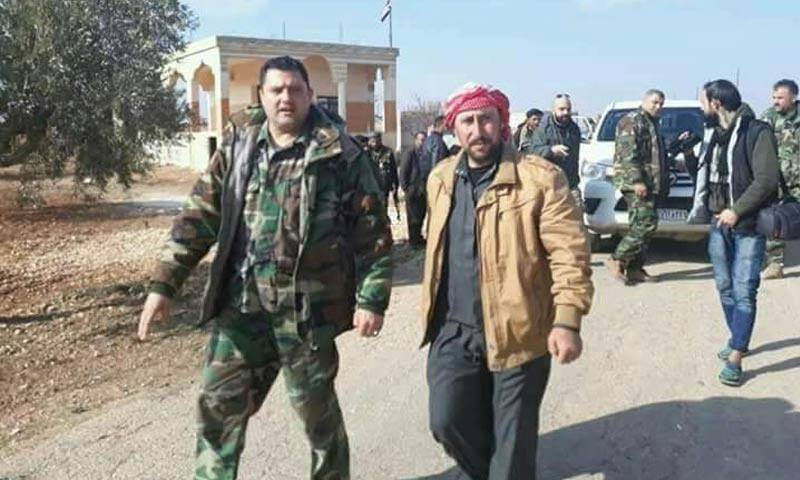 Activists have published an image said to be of the head of the Nusra Front’s aid agency in Jabal al-Hass, south of Aleppo, alongside regime forces after they seized the area.

The post came in light of so-called “hidden lines” linking the Nusra Front with the regime, and tweets from an account bearing the name “Nusra Front violations” of the photo indicating the man’s true identity as “a regime intelligence agent” working with the National Defense Forces militia.

The activists reported that man was a mukhtar (village chief) of Burj Osama in Jabal al-Hass, adding that he had disappeared during a wave of displacement in the area. According to the activists, the Nusra Front had appointed him head of the office and had given him a monthly salary from the economic committee.

Syrians accuse the Nusra Front of evacuating the area and withdrawing from it amid similar operations in the southeastern Idleb countryside, which had led to the opposition losing dozens of villages and towns and regime forces being able to reach the outskirts of the Abu al-Duhur military air base.