Marketplace hit one day after an MSF-supported hospital was targeted in Saraqeb, Al-Etihad reports 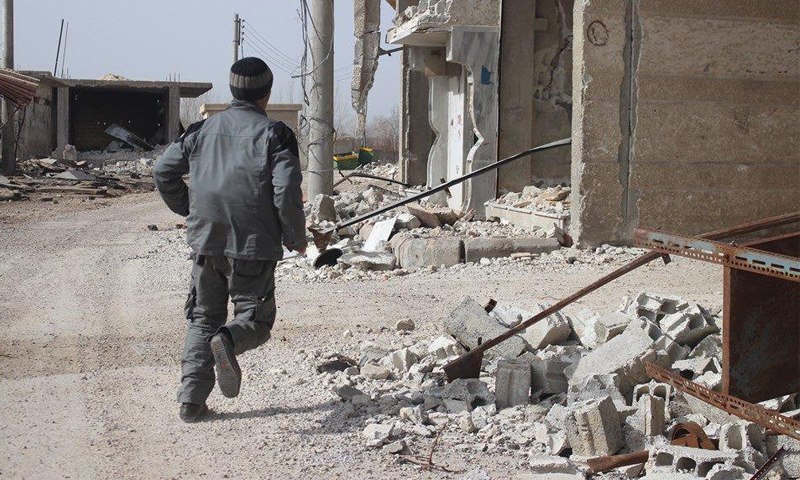 Regime airstrikes on a market in the town of Ariha, south of Idleb city, on Tuesday killed 15 civilians and wounded more than 20, including a displaced family.

Civil Defense teams are still searching for survivors under the “major” rubble caused by the bombardment.

Doctors Without Borders — or Medecins sans Frontieres — condemned another aerial bombardment which hit a hospital it supports in the city of Saraqeb east of the provincial capital, which resulted in casualties and the hospital stopping services.

The group said in a statement on its Twitter account that the Owdai (al-Ihsan) Hospital was hit on Monday by two airstrikes, killing five civilians including a child and wounding at least six others.

The group also said that this attack was a “clear violation of international humanitarian law” and “demonstrates the brutality with which health care is coming under attack in Syria.”

More than 10 civilians were also killed and others wounded on Monday morning by Russian warplanes which hit a market in the city of Saraqeb, while five others were killed, all of them children and women, in a previous strike on the town of Masran.

The strikes came after warplanes and helicopters belonging to Russia and the regime carried out more than 100 airstrikes on the southern and eastern countryside of Idleb, including about 50 on the city of Saraqeb, which killed and wounded dozens of civilians.