Results of congress have shown the only entity able to lead the political process is the Syrian state, official media reports 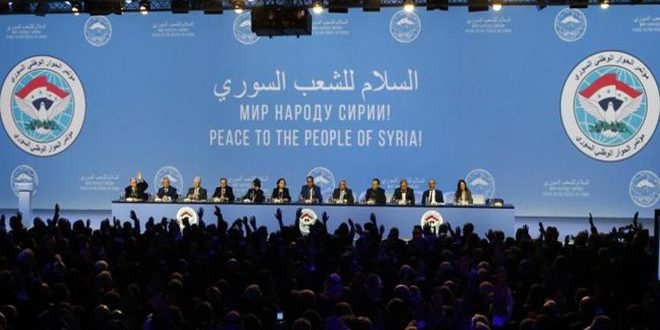 Recent peace talks held in the Russian city of Sochi have shown that political progress in Syria can only take place under the current leadership, without any foreign interference, an official Foreign Ministry source told SANA.

The source added that the closing statement of the Syrian National Dialogue Congress stressed the consensus of the Syrians on adhering to the preservation of national sovereignty, territorial integrity and national unity, as well as the right of the people to choose their political and economic systems.

It also confirmed support for the preservation of the Syrian army to fulfill its duty in protecting the national borders and the people from foreign threats, combating terrorism and boosting the state institutions.

According to the source, the closing statement constitutes the foundation of the political track and the solid basis for launching any dialogue.

The source said that Syria is grateful to Russia and President Vladimir Putin for hosting the event, proving that it has always supported any political track that would halt the bloodshed of the Syrians and preserve the sovereignty of the country.