Russia steps up its deadly attacks on the rebel-held province following the downing of one of its jets, Zaman al-Wasl reports 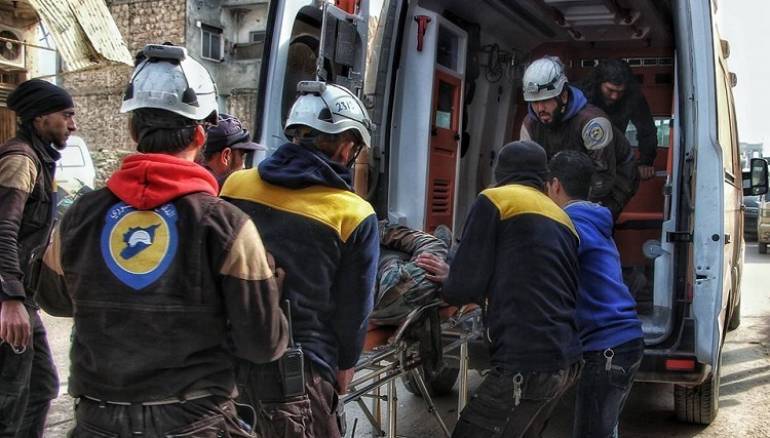 At least 14 civilians were killed and dozens more were wounded in Russian airstrikes following the downing of a Russian jet and the killing of its pilot in north-west Idleb province on Saturday, a local rescuing group said.

Seven more people were also killed in heavy airstrikes on northern town of Saraqeb, with the regime and Russia carrying out more than 25 raids since early morning Sunday, the group added.

The key town in northwestern province of Idleb has endured heavy aerial bombardment over the past week. Around 30 people were killed in Saraqeb and the town of Ariha in recent days.

On Friday, seven displaced people burned to death in deadly airstrikes targeting their vehicle as they fled regime bombardment on the village of Tel Adhiya.