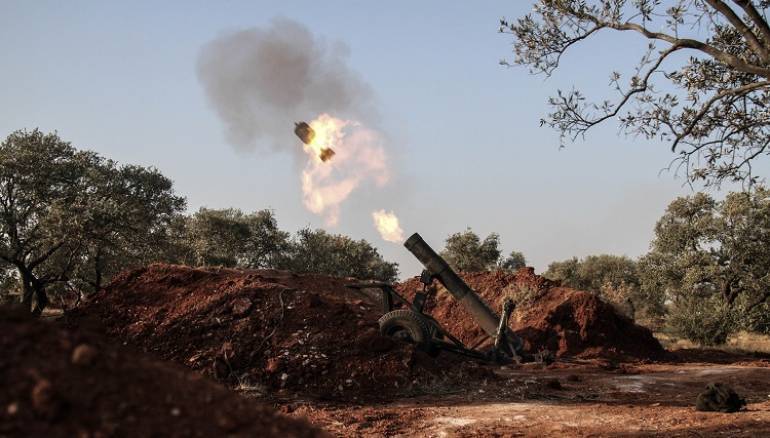 The ISIS advance in the southern countryside of Idleb follows coordination between the radical group and Assad regime forces, who opened a corridor for the jihadists to reach the region.

The Syrian Observatory for Human Rights monitor said on Friday that regime forces had allowed ISIS fighters to leave a besieged pocket of territory at the intersection of Aleppo, Idleb and Hama provinces, to then enter southern Idleb.

A source in the Ahrar al-Sham rebel faction said ISIS fighters had pushed into southern Idleb from government territory.

Meanwhile, regime forces have stepped up their aerial and ground campaign on rebel-held areas in Idleb. Clashes and heavy bombing has been reported in the eastern countryside and the town of Jisr al-Shughour.