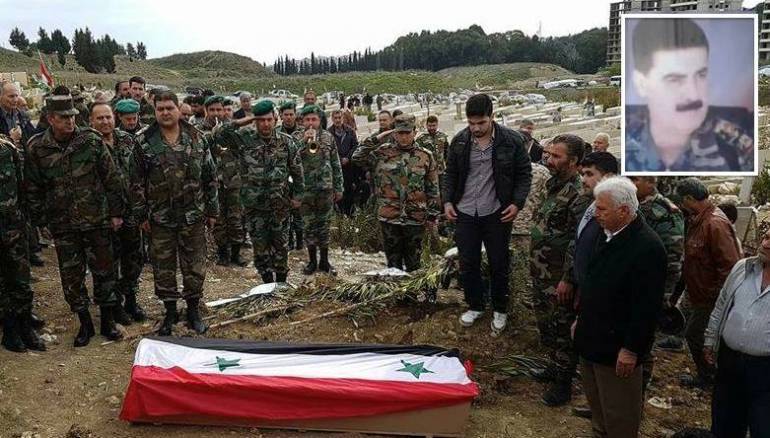 McMaster: Time for All Nations to Hold Assad Regime to Account

"Public accounts and photos clearly show that [Syrian President Bashar] Assad's chemical weapons use is continuing," McMaster told the attendees. "It is time for all nations to hold the Syrian regime and its sponsors accountable for their actions, and support the efforts of the Organization for the Prohibition of Chemical Weapons." (source: Reuters)

The head of the Assad regime's military intelligence in the province of Deir-ez-Zor has been killed in a car crash on Saturday, pro-regime news feeds reported.

No further details about the car accident that killed Gen. Jamal Razzouq were given. The initial reports said the crash took place at the Deir-ez-Zor–Damascus highway. (source: Zaman al-Wasl)

The funeral of a senior regime general who worked in the Syrian chemical weapons program has sparked a storm of speculations about the circumstances surrounding his death.

Maj. Gen. Ahmed Mehdi Hussaino was the deputy director of the Chemical Warfare College and its chief of staff. The extreme secrecy surrounding his movements in his final days has resulted in a stream of speculation, with some suggesting Hussaino died in the heat of battle while others claim he was killed in a recent Israeli airstrike.

In a bid to bring the truth to light, Zaman al-Wasl obtained information confirming that Hussaino did not die in battle, but of a heart attack. (source: Zaman al-Wasl)

Syrian Army Can be Present in Any Part of Afrin: YPG Spokesman

The media advisor of the Kurdish People's Protection Units (YPG) militia, Rizan Haddou, announced that the talks between the “Self-Administration" and President Bashar al-Assad's regime were continuing around Afrin.

Hiddou said in a statement to the Lebanese Al-Mayadeen network that "talks between the Self-Administration and Damascus on Afrin continues, and we will announce their results once an agreement is reached."

As for the options available through these talks and the position of the "Kurdish units" militia, Haddou declared: "We accept all options except the Turkish army's control."

Made in Syria Expo Garners Positive Reactions from Foreign Business

The “Made in Syria” expo for clothing, textiles, production supplies and leather has witnessed remarkable participation by a large number of business figures, industrialists and importers from 14 countries.

Around 800 visitors from Libya, Egypt, Algeria, Tunisia, Sudan and others countries came to learn about the Syrian textiles products, with a number of them signing export contracts and registering orders with Syrian industrialists. (source: SANA)

Benjamin Netanyahu opened a war of words with the Iranian foreign minister as he used a speech to brandish a piece of an Iranian drone destroyed in Israeli airspace and warn that Iran was "greatest threat to our world."

Holding what appeared to be a panel of the Iranian drone shot down last week amid rising tensions between the two powers, the Israeli leader asked Javad Zarif, the Iranian foreign minister, "Do you recognize it? You should, it’s yours. Don’t test us."

Speaking at a Munich security conference on Sunday, Netanyahu appeared to threaten Iran with further retaliation, adding: "We will act if necessary not just against Iran's proxies, but against Iran itself." (source: The Telegraph)