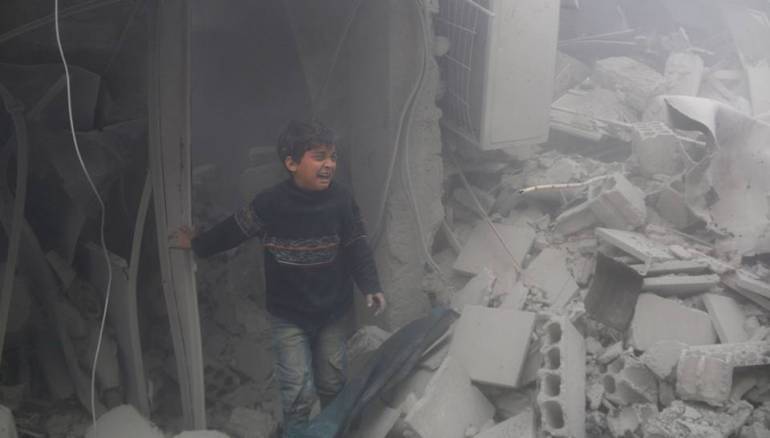 The Syrian army has warned rebel factions operating in the Eastern Qalamoun region from taking any "aggressive act" in support of besieged people in the Eastern Ghouta suburbs, local activists said Wednesday.

The commander of the Russia-controlled Third Division, said the Eastern Qalamoun will be targeted with heavy fire if rebels launch any attack or hinder the army’s deployments in the area.

Gen. Adnan Ismail has ordered the Artillery Brigades based in Ruhaiba, Jayroud and Al-Qutaifa to retaliate and bomb civilians before targeting rebels, according to activist Abou Ahmed al-Qalamouni.

Activists say there has been no letup to the wave of airstrikes and artillery shelling on the Eastern Ghouta since government and Russian forces stepped up their assault late Sunday. The Syrian Observatory for Human Rights says at least 250 civilians have been killed.

The regime army has mobilized thousands of fighters in the “Chinese Factory” near the military airport of Al-Dumayr, 45 km east of the capital.

Regime-run media outlets said the troops are under the command of Suhail al-Hassan, the notorious general who gained fame for his brutality and ultimate obedience to President Bashar al-Assad.

Regime aerial bombardment has killed at least 250 in the past 72 hours and wounded more than 1,000 people.