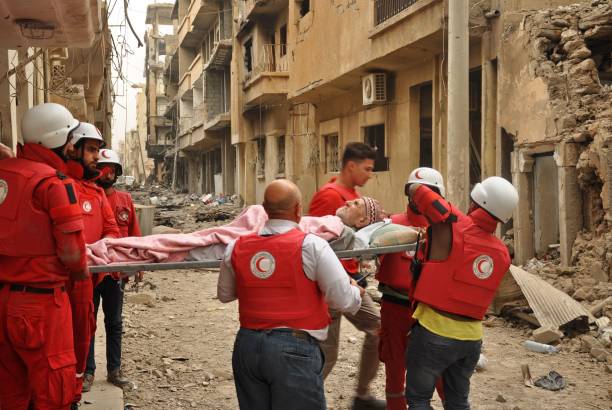 The Syrian Arab Red Crescent calls all on warring parties to end their attacks on humanitarian facilities, aid workers and staff in areas where the organization serves people in dire need of emergency aid and humanitarian response.

In recent days, two SARC sub-branches were damaged in Douma and Harasta due to the current situation in the eastern Damascus countryside. SARC volunteers, aid workers and response facilities were victims of this crisis, which has heavily affected the response capacity of these two branches.

The SARC reiterates its calls to all parties to release and clarify the whereabouts of the head of the SARC’s branch in Idleb, Mr. Mohamad Abdulkader Wittee, who went missing on Feb. 17 on the road between Ariha and Idleb.

The SARC regrets to announce the suspension of its planned convoy, in cooperation with the International Committee of Red Cross, to the Afrin area on Thursday due to unsafe passage and the lack of guarantees.

In cooperation and coordination with the ICRC movement, the SARC would like to continue responding to the dire needs of Syrians, wherever they are and around the clock, with full independence and neutrality.