Many fighters are choosing to join the Syrian army as a more reliable source of income, Zaman al-Wasl reports 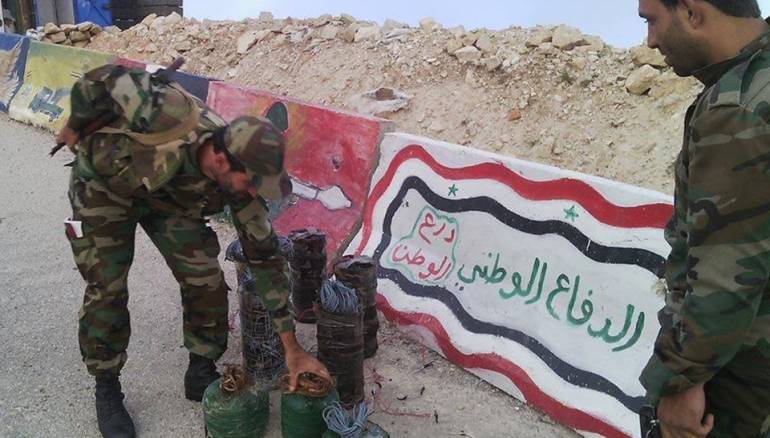 Around half of the sectarian paramilitaries fighting alongside President Bashar al-Assad's forces in Homs province have left their groups to join the regime army after failing to be paid for six months, informed sources reported.

The sources added that the National Defense Forces militia in the eastern Homs countryside had been dissolved, leaving only a very small number stationed at the checkpoints surrounding the Houla area and the northern countryside of the province.

Zaman al-Wasl learned that large numbers of fighters from the Al-Bustan Association militia have also joined the regime army since the beginning of the year due to financial reasons.

Alaa Hamdan, a former NDF member, said: "I lost vision and half my hearing in the battles, my right arm was amputated, my body was splintered, I fought on most fronts until I was paralyzed, but I did not receive my salary for six months, and there is no income for me and my children except for the salary."

Col. Hossam al-Zeer, a recruiter in the central region, said that those paramilitary forces who are killed or wounded are not considered martyrs and their families are not entitled to claim compensation after their deaths.

In an interview with a Homs radio station, Zeer said the "regime army considers members of the paramilitary forces fugitives from military or reserve duty if he does not join the regular army."