Syria's representative to the U.N. says a lack of personnel on the ground and untrustworthy sources compromise the agency's work 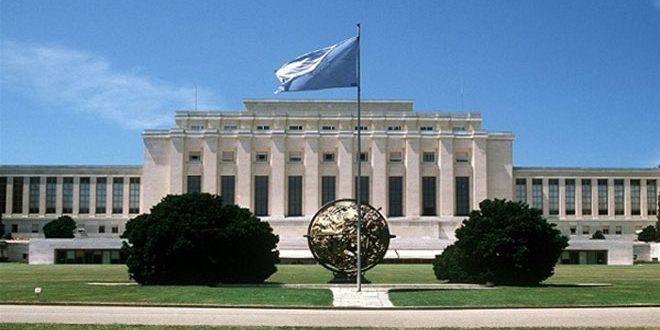 Syria's representative to the United Nations in Geneva stressed that the reports and statements submitted by the Office of the United Nations High Commission for Human Rights (OHCHR) lack credibility and reliability, as they totally disregard the suffering of Syrian people and are selective in dealing with the humanitarian issue in Syria.

In a statement released on Wednesday, Syria said that the OHCHR continues to rely on non-confidential sources of information and fabricated propaganda circulated by terrorist groups and their media networks, including the so-called “White Helmets” organization and its allegations about the exact numbers of victims in the areas held by terrorist organizations.

The statement added that the U.N. agency’s claims can’t be verified due to the absence of any official United Nations presence in those areas.

The statement said that since Jan. 22, 2018, the armed terrorist organizations located in Eastern Ghouta area have targeted Damascus city and its countryside with hundreds of bombs, claiming the lives of dozens of citizens, including children and women, wounding many others and causing massive destruction to houses, schools, hospitals, public service facilities and the headquarters of some diplomatic missions and the Syrian Arab Red Crescent.