Syria TV aims to reflect the hopes of Syrians at home and abroad while upholding high levels of journalistic integrity, Zaman al-Wasl reports 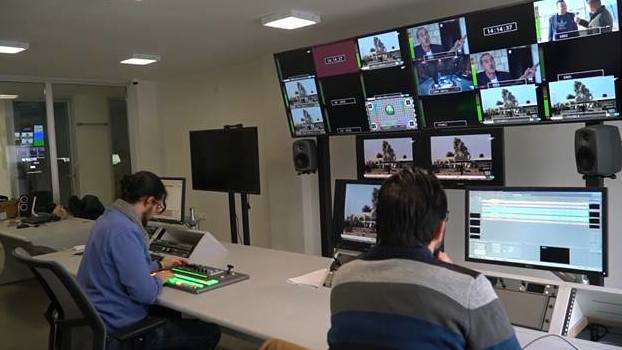 A new, pro-opposition Syrian TV channel is to launch its broadcasting March 3 at 6 p.m. Damascus time.

According to statement by the Istanbul-based Syria TV, the channel will reflect the hopes of Syrians at home and in the diaspora and their aspirations for “a united Syria, a democratic state based on equal citizenship, which guarantees the freedoms and dignity of citizens."

“Syrian media professionals, artists and technicians are running the channel. They all strive to present the best creations that reflect the authentic Syrian spirit in its yearning for freedom, creativity and restoring Syria's original face,” the statement said.

Respecting pluralism as a feature that distinguishes Syrian culture, the channel seeks to create a rational dialogue that brings together the values of freedom and respect for difference, "with the aim of reaching a free Syria which Syrians have long awaited and for which they have fought and are still paying the highest of prices.”

The statement stressed that the channel seeks to pursue high levels of professional commitment and journalistic integrity, and to honor media charters in all that it presents.