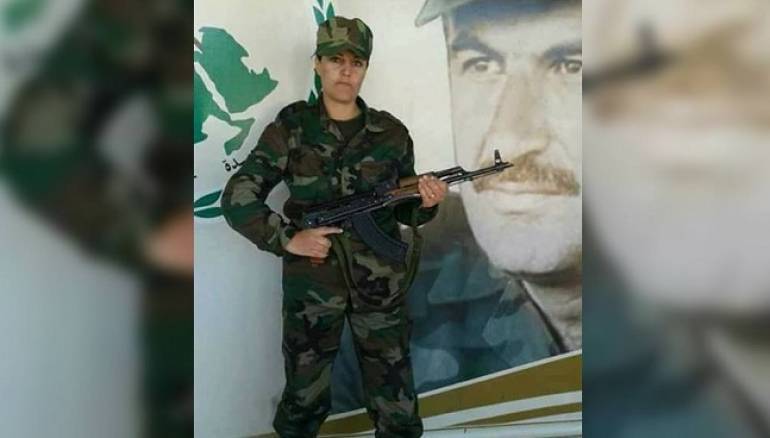 1. Former President of the Democratic Union Party (PYD) Salih Muslim arrived in Germany a few days after Czech authorities released him. According to German and Kurdish media sources, Muslim participated in a rally organized by his supporters on Saturday in Berlin. [Souce: Al-Etihad Press]

2. Jaish al-Islam has announced the "rearrangement" of the opposition factions in Eastern Ghouta and pledged to restore the territory that the regime recently seized in an attack that has made significant progress. A spokesman for Jaish al-Islam added that "the opposition forces have returned the ranks and will arrange and fortify the positions again to confront the regime in the Eastern Ghouta." The regime, which has made a significant advance in the last 48 hours, managed to impose its control on more than a quarter of the Eastern Ghouta. [Source: Al-Hal]

3. The Syrian regime has mourned the first female soldier killed in the besieged Eastern Ghouta, as the Russia-backed forces wage one of the deadliest offensives in the war. Rana Hashem was born in Salamiyah town in northwestern Hama province. [Source: Zaman al-Wasl]

4. The United Nations Security Council’s resolution on the cessation of combat activities in Syria and terrorists’ violations in Eastern Ghouta were the focus of talks between Russian Deputy Foreign Minister Mikhail Bogdanov and the Syrian ambassador in Moscow, Riad Haddad. The Russian Foreign Ministry said in a statement that the two sides discussed the situation in Syria, U.N. Security Council Resolution 2401 and the terrorists’ provocations in the Eastern Ghouta, as well as their attempts to hinder the evacuation of ill people and prevent the delivery of humanitarian aid to the area. (Source: SANA)

5. Ali al-Amin, a prominent Lebanese Shiite preacher, has called on Hezbollah's militia to leave Syria. "The Syrian regime and the opposition must realize that there is no chance that one will prevail over the other," he said. Amin also pointed out that he has always stressed that the involvement of Hezbollah in the Syrian war was illegitimate and called on all the non-Syrian groups to leave the country. [Source: Al-Etihad Press]