Far-right Alternative for Germany politicians say the situation in Syria is much better than in many other places, SANA reports 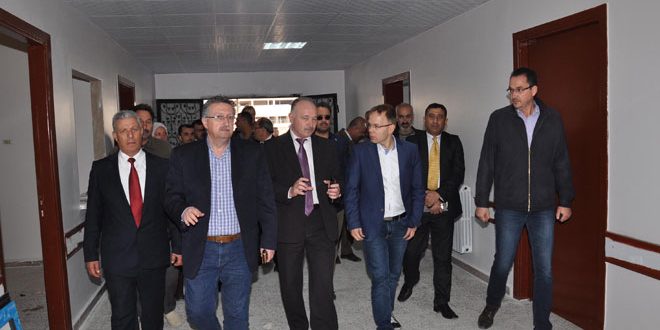 A German parliamentary delegation visited Homs on Wednesday and was briefed on the course of normal life in the city now it has been cleared of terrorism.

Homs Governor Talal al-Barazi and members of the delegation viewed a short film about the terrorist attacks that targeted the city and life there from 2014 until now. Barazi said more than 4,000 families have returned to Al-Waer neighborhood since its liberation and that Germany should have a role in the reconstruction phase of Syria.

The parliamentary delegation toured Al-Baath University, where they inspected the teaching process in the faculties of music, architecture and science.

During a tour of Al-Waer neighborhood, the delegation visited a number of renovated facilities, including Al-Kindi School, the Social Welfare Center and Al-Walid Hospital.

The delegation also toured the neighborhood of Al-Khalidiya and the Old City of Homs, including the Grand Mosque, the covered market and the Um al-Zennar Church.

In a press statement, head of the delegation Christian Blex said that the German MPs were touched by the return of normal life to the city which gunmen once occupied, adding that the situation in Syria is better than many other places, stressing that he will convey the true image of the situation to Germany.