The towns of Zamalka, Irbin and Hammouriyah have all been hit by the regime's assault, Zaman al-Wasl reports 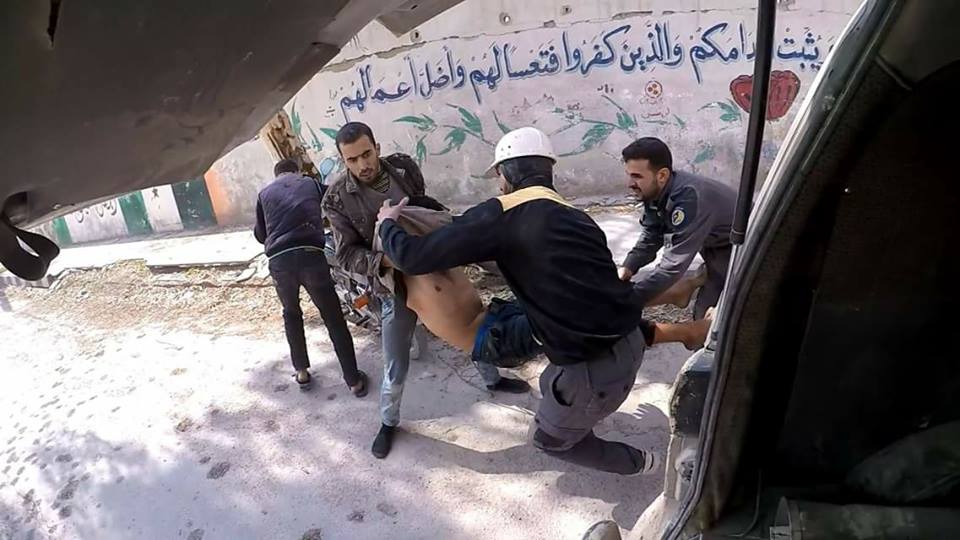 The Civil Defense rescue group said Tuesday it had pulled out eight civilians, including seven from the same family, from under rubble in Zamalka town, as aerial bombing stepped up on Eastern Ghouta suburbs

The Assad regime and its key ally Russia have been carrying out a fierce bombing campaign and ground assault against the besieged enclave since Feb. 18, despite a United Nations Security Council resolution calling for a countrywide cease-fire.

The ground and aerial bombardment on Tuesday hit the towns of Irbin and Hammouriyah.

The deaths raised the assault's total toll to 1,160 civilians, including 219 children, according to the Syrian Observatory for Human Rights. More than 4,350 have been wounded.