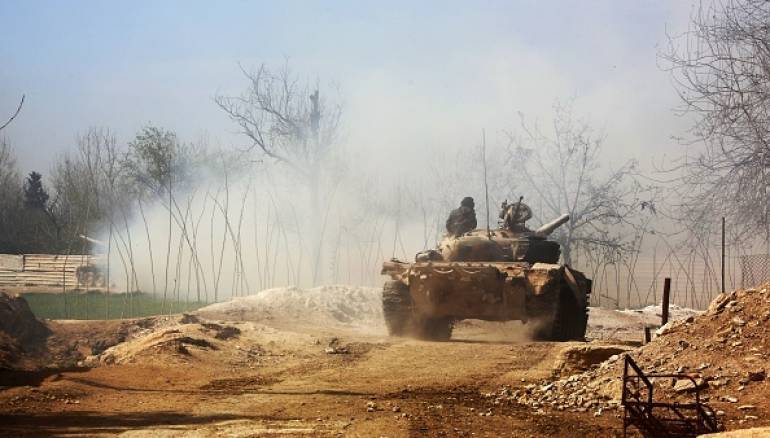 At least 46 regime troops and allied militants from Homs and Hama provinces have been killed by rebels in the Eastern Ghouta suburbs in a week of fierce clashes, pro-regime news feeds said.

The Syrian regime on Feb. 18 launched one the war's deadliest offensives on the rebel-held enclave near Damascus, killing more than 1,500 people.

Over the war, more than 119,000 pro-regime forces have been killed, including 62,000 troops, tens of thousands of loyalist militiamen, and 1,556 fighters from Hezbollah, according to an estimate by the Syrian Observatory for Human Rights.

More than 470,000 people have been killed and 12 million more have been driven from their homes since Syria's revolution erupted in 2011.