A new crossing is boosting trade in the opposition-held northern parts of Syria, according to al-Hal 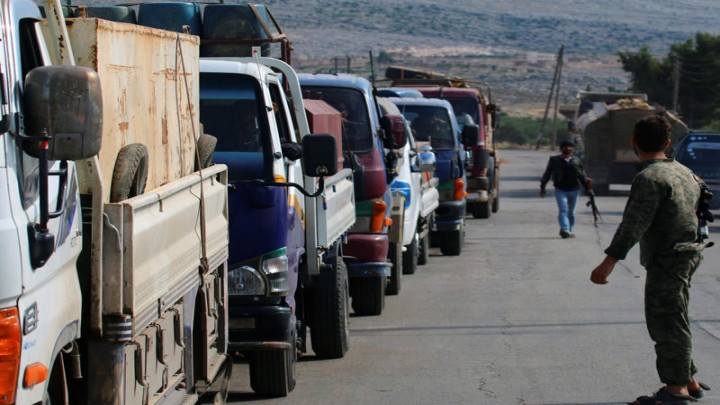 Transport cars bearing commercial goods began passing through the new al-Ghazawi crossing which connects between the northern Aleppo countryside and the Idleb province.

Media activist Basel Sabbagh told Al-Hal that transport trucks and fuel tankers crossed into Idleb province through the crossing south of Afrin to reach the city of Darat Azza and then the cities and towns of the western Aleppo countryside and Idleb.

The cities and towns of northern Syria had been suffering in recent weeks from a lack of fuel and an increase in the prices of products because of the closing of all routes between the northern Aleppo countryside and the Idleb province because of the battles which occurred in the city of Afrin and its countryside.