Chronic lack of support in Al-Biruni school in Salqeen could mean many of the most vulnerable children lose out, Zaman al-Wasl reports 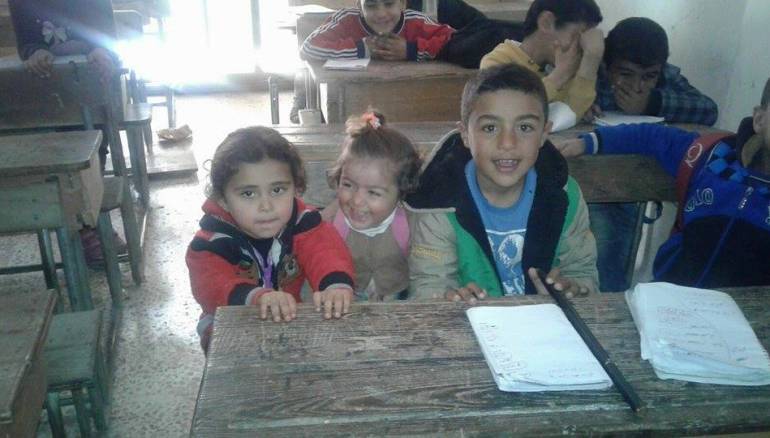 The principal of Al-Biruni school said teaching will be suspended amid a lack of funding and aid in the town of Salqeen in Idleb province.

Abdul Latif al-Watban said the charity school is caring for 120 displaced students who mostly fled the eastern province of Deir-ez-Zor.

Many pleas rose to rescue the school from shuttering its doors but yet no funds have yet been received.

The school was the only refuge for students who had been deprived of the right to education for more than four years.

The students from the displaced areas were enrolled in three classes from 1 to 3 p.m. and supervised by five volunteer teachers since the beginning of October 2017.

Other schools in Salqeen did not receive them due to their age, low level of education and the need to start from preparatory stage, according to Watban.