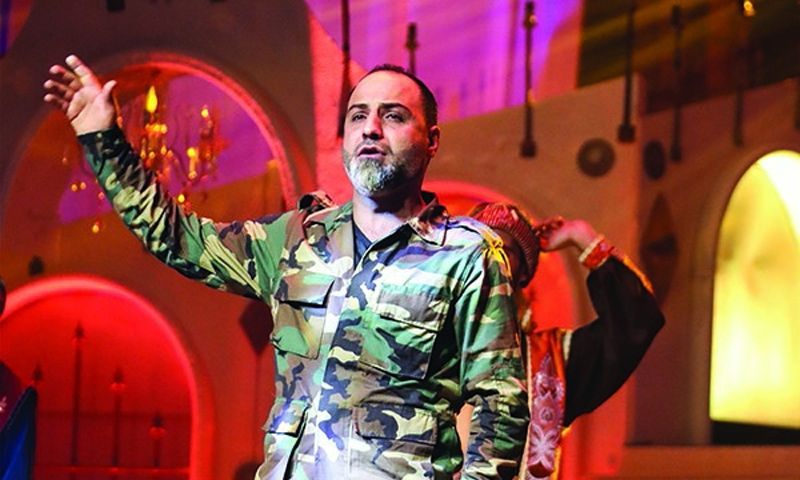 The popular Syrian singer Bahaa al-Youssef, who is from the Shiite sect, apologized after a video was published showing him using the “Lbeik ye-Zeinab” chant at a dance party.

Youssef said in a video recording circulated on social media on Friday April 6 that he was one of the descendants of the house and that the Shiites in Lebanon and Syria were his brothers and friends, and that he “took refuge in God and Sayeda Zeinab.”

Activists circulated the video clip of a dance party inside the Qasr al-Narjis cabaret in Bab Touma in Damascus, showing the Shiite chant with the words “Ye-Zeinab, Lbeik.”

The recording shows a number of young men and girls dancing to the songs and making “whipping” motions while there are alcoholic drinks.

After that the activists published images on social media showing unknown people setting the Qasr al-Narjis cabaret's entrance on fire, in addition to posters on walls saying, “The singer Bahaa al-Youssef is forbidden from entering the Old Damascus districts.”

In the recording Youssef praised President Bashar al-Assad's forces for taking control over the Eastern Ghouta, saying that Hezbollah and the Syrian regime were in the same trench.

Since the start of the Syrian revolution in early 2011, Shiite displays have spread in Syrian cities and provinces, especially in the Sayeda Zeinab area in the capital Damascus, which has been transformed into a center for Iranian and Iraqi pilgrims.