None of decomposed bodies were identified, an activist tells Zaman al-Wasl 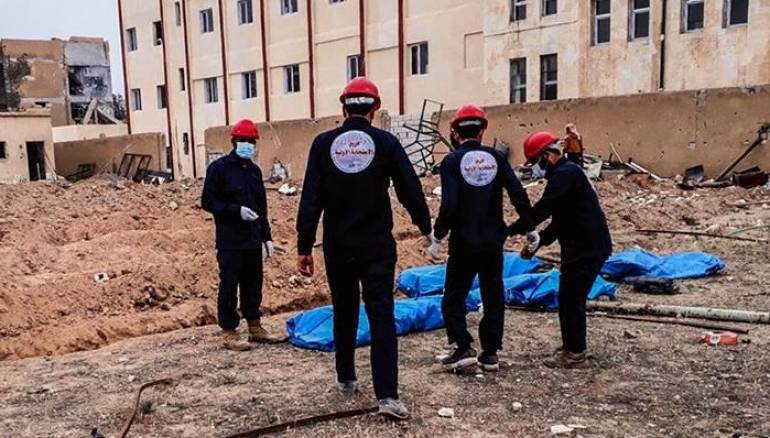 The move came as local organizations and civil community work to rehabilitate and reconstruct the city of Raqqa, ISIS' one-time capital, since its fall in October 2017.

Abdul Aziz al-Metleq, a Raqqa-based activist, said most of the mass graves' victims were killed by U.S.-led coalition airstrikes and by the YPG-led Syrian Democratic Forces.

None of decomposed bodies were identified, according Metleq.

Regime forces also found a mass graves near Tabqa air base, containing the bodies of 60 troops killed by ISIS in 2014. The bodies have been moved to Aleppo military hospital.