Some 150 people shot at for chanting against the jihadists, according to Al-Etihad Press reports 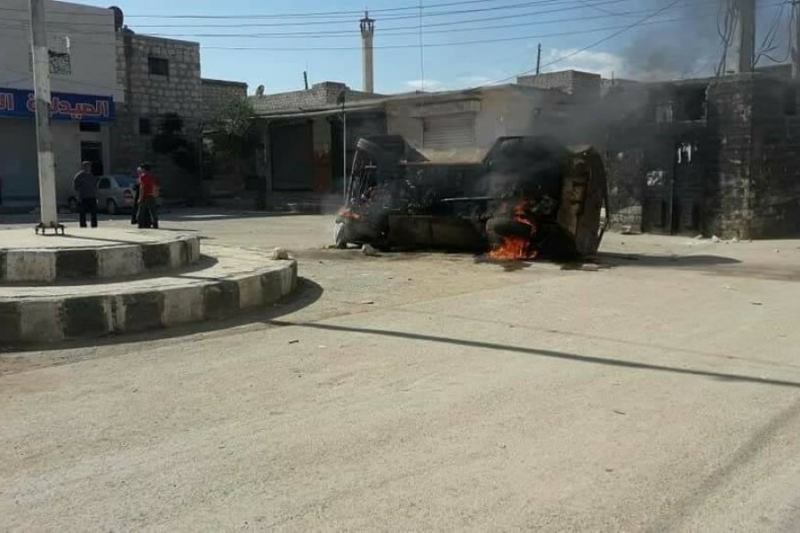 The Syria Liberation Front (Jabhat Tahrir Suria) and the Nusra Front have exchanged control over parts of the western Aleppo countryside, with artillery fire traded between the two sides.

Local activists said that the Syria Liberation Front took control over the villages of Basrtoun and Ajil and entered the town of Al-Abzamou and the village of Taqad before Nusra returned and retook it.

The village of Taqad saw protests in which about 150 people participated, chanting against Nusra and demanding they leave the village.

They burned an armored car and blocked the entrances and exits of the village with stones. But Nusra’s fighters met the protesters by firing live bullets. A child named Osama Bakry al-Teit was killed in the village during the fighting.

In a related context, a medical source said that an artillery shell from the fighting between the two sides fell near the health center in the village of Awram al-Kubra, west of Aleppo city, causing damage to the center.

The Aleppo and Idleb countrysides have since Feb. 20 seen clashes between the Syrian Liberation Front and the Nusra Front, which have killed and wounded civilians in addition to cutting off the roads and paralyzing traffic and commercial activity, amid calls to keep towns and cities neutral from the fighting.