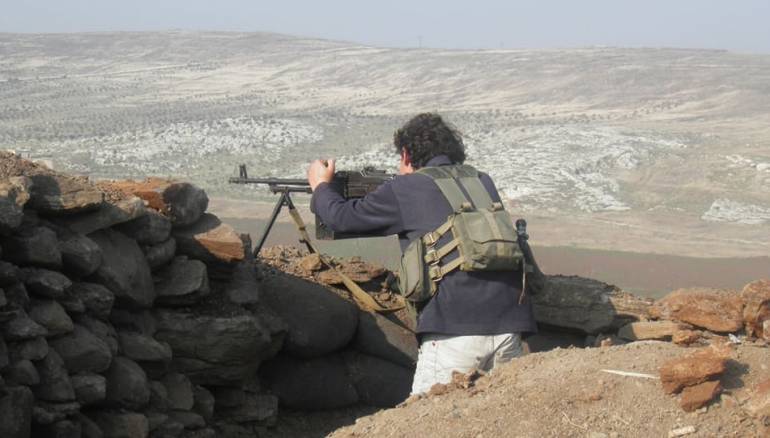 Five army soldiers were also taken captive by rebels near Salim village, while Syrian and Russian warplanes have conducted more than 160 raids on the opposition-held areas.

The regime army and allied militias retreated from many checkpoints near the towns of Al-Mesherfa and Salamiyah, as rebels showed fierce resistance.

Rebels of northern Homs said at least 150 troops were killed and wounded in a week of clashes.

Reconciliation talks have been suspended between the Russian army and the negations committee in northern Homs and southern Hama, sources said.

The Russian military, which brokers evacuation and cease-fire deals in Syria, suspended the Sunday's meeting after rebels refused to enter regime-held areas.

Rebels are seeking to halt the regime offensive on their areas in the central provinces of Homs and Hama, which began last Monday.

Under Russian mediation, a short-term cease-fire was announced that will expire on April 22.

Roughly 250,000 people living in a 592-square-kilometer area have remained under a Syrian regime blockade for five years.