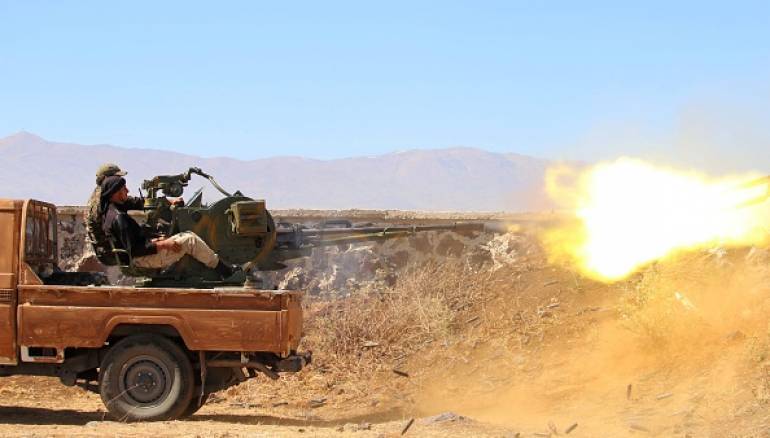 The clashes extended to the town of Ofanya, as Hezbollah artillery reached several towns in Quneitra province.

Rebels warned they would pound the regime and Hezbollah's military positions in Khan Arnabeh on Sunday, urging civilians to stay at home.

The move came as tension has risen between Tehran and Tel Aviv over the week.

On Monday, the Israeli army said it had responded to a mortar bomb fired from Syria that struck the occupied Golan Heights.

The Israeli military held the Syrian regime accountable for the attack and said it will not tolerate any attempt to breach Israeli sovereignty or endanger civilians.

Israel has occupied most of the Syrian Golan Heights since the 1967 Middle East war.

Israeli Defense Minister Avigdor Lieberman reiterated Friday that Israel will not allow Iran to establish a foothold in Syria that would pose a threat to his country.

"What our problem is and what we will not allow is for Iranians to establish a base in Syria against Israel," Lieberman said during his speech at the Washington Institute for Near East Policy, a pro-Israel think tank, adding Israel does not pursue a policy of being involved in the Syria crisis, the Anadolu Agency reported.