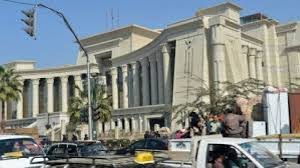 President Bashar al-Assad on Tuesday issued Decree no. 165 for 2018, naming Mohamad Jihad al-Laham as head of the Higher Constitutional Court, and naming its members, SANA reported.

Laham is known as one of the Assad’s fiercest supporters. In the two public positions he had previously occupied, Laham did everything in his power to support Assad.

Laham was the People’s Assembly speaker between 2012-2016. Prior to that, he was the head of the Syrian Bar. In this position, he often wrangled with human rights lawyers and lawyers who defended political detainees, such as Khalil Maatouk, who was kidnapped by the regime security forces, and Razan Zaitouneh, who was kidnapped by Jaish al-Islam.

Unlike most other countries, the Higher Constitutional Court, which can contain judges and lawyers, in Syria is entirely appointed by the president. This appointment does not need the certification of the parliament.

The Higher Constitutional Court’s members are appointed for four years, which makes them dependent on the president in order to renew their assignment.

In 2012, Assad issued Decree No. 25, which made the Constitutional Court the sole reference to contesting the results of the legislative elections in lieu of the jurisdiction of the administrative and ordinary courts.

Thus, the president was able to control the outcome of any challenge to elections.