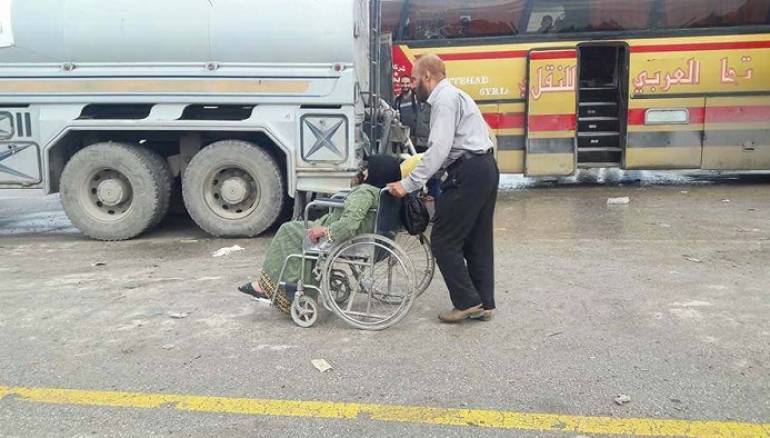 About 1,100 displaced people from southern Damascus are still awaiting the Turkish army's permission to enter the northern town of Al-Bab in Aleppo province, activists said Wednesday.

The Turkish-backed forces said no place is available for the fifth batch of Damascus evacuees who left the towns of Yalda, Babila, and Beit Saham heading for Al-Bab.

A displaced woman from northern Homs died of heart attack at the entrance of Al-Bab on Tuesday, as activists blamed the Turkish-backed Euphrates Shield forces for delaying the entry of the evacuees.

Turkey argued that there were no places because of the influx of large numbers of displaced people.