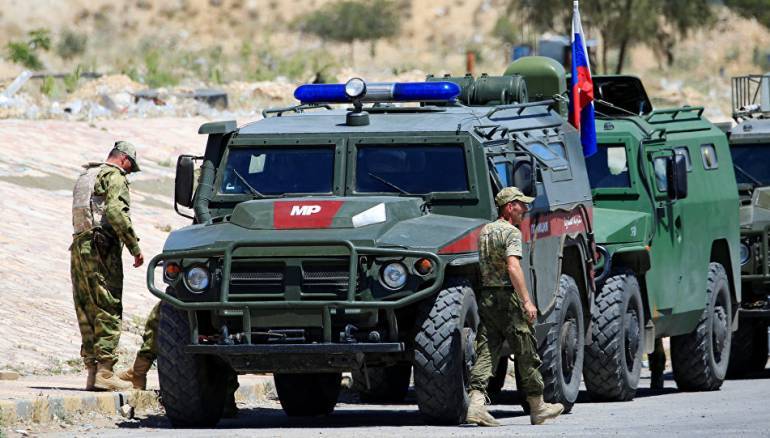 Regime soldiers were also beaten by the Russian military police who also urged people in the towns of Yalda, Babila and Beit Sahm to inform them directly about any acts of looting by regime soldiers.

After the departure of last batch of moderate rebels from the towns on Friday, the regime forces have been stepping up its ground and aerial offensive on the last ISIS and Tahrir al-Sham pockets in the capital.

Regime forces on Tuesday seized control of the entire district of Hajar al-Aswad, according to the Syrian Observatory for Human Rights.

The Assad regime has since April 19 waged a fierce air and ground assault against the final Daesh-held pocket of the capital.

The war has been going Bashar Assad’s way since Russia intervened on his side in 2015. From holding less than a fifth of Syria in 2015, Assad has recovered to control the largest chunk of the country with Russian and Iranian help.

A major bombing campaign that began last February ended the last remaining pockets of opposition resistance in Eastern Ghouta, the biggest enclave around the capital, that had for years withstood a siege and successive army onslaughts.