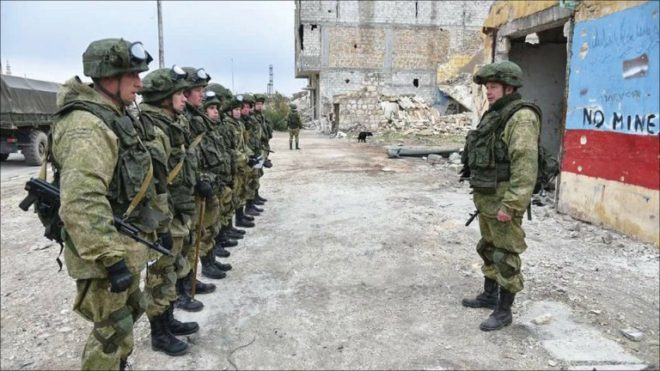 A military source told Smart News that Russia has informed a delegation of rebel groups who attended the Astana 9 talks that it would stop any military action in the Deraa province south of Damascus.

The military source who works in Deraa province added that they had informed the rebel groups of threats by the Assad regime and the Russian official in charge of the area to hand over the towns of Mahajjah and Al-Najeeh or face military intervention.

The military source said that the delegation had informed the Russians of the threats during the Astana 9 talks and that the Russians were “surprised” and said the matter would be remedied directly and that they would communicate with the Russian general in Deraa to stop any action against the area.

The source said that any military action was unlikely as this would ignite the area once more and “that is not something anyone wants.”

Assad’s forces had given the people of Mahajjah and al-Najeeh in Deraa a deadline of two days to form a delegation that brought them together with the aim of negotiating the issue of the town and village which are in the northern Deraa countryside.

A local source in Najeeh said that there was no military mobilization on the ground by Syrian regime forces, guessing that the threats were to “frighten residents” in the village because it was small and with its agreement to a “reconciliation” deal, other cities and towns of Deraa could sign similar deals.