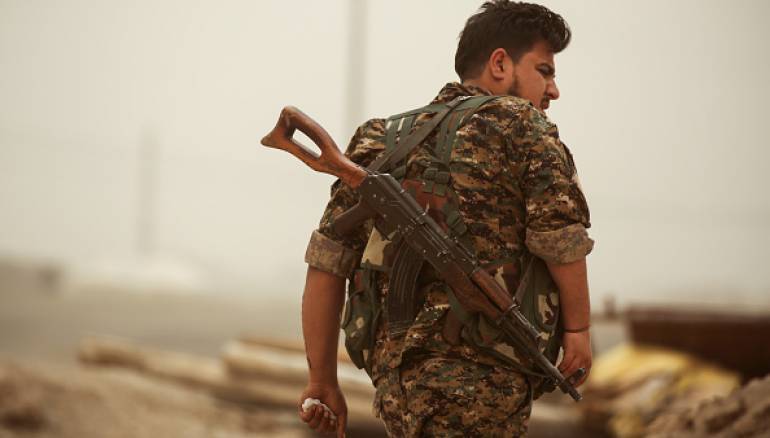 1. At least five civilians were killed and scores were injured in a car bombing in north-western Syria on Saturday, according to the Syrian Civil Defense (White Helmets). The bombing rocked the center of the opposition-held city of Idleb, heavily damaging houses and cars, according to White Helmets Director in Idleb Mustafa Haj Youssef. He said that the injured were rushed to nearby hospitals in the area. No group has claimed responsibility for the attack. [Zaman Al Wasl]

3. Residents in Syria’s northeastern Hassakeh province have protested against the forced arming of the city’s youth by the Kurdish YPG militia. Locals in Hassakeh gathered in the city center to protest against the Kurdish YPG group, which controls the city. YPG captured some of the demonstrators and dispersed the protest; it also closed some of the entry and exit points of the city center. [Anadolu Agency]

6. Assad’s Minister of Foreign Affairs Walid Mouallem is reportedly in a critical conditions in the ICU following a heart attack he had two weeks ago. Groups on Syrian social media pages said that the attack has put Mouallem in a coma. Regime officials are remaining discreet about Mouallem’s medical situation. His last appearance was in April, when he received the adviser of the Iranian Supreme Leader for International Affairs Ali Akbar Velayati. [Al-Souria Net]