With the formation of this group, they have created the largest military group fighting the Assad regime writes Anadolu 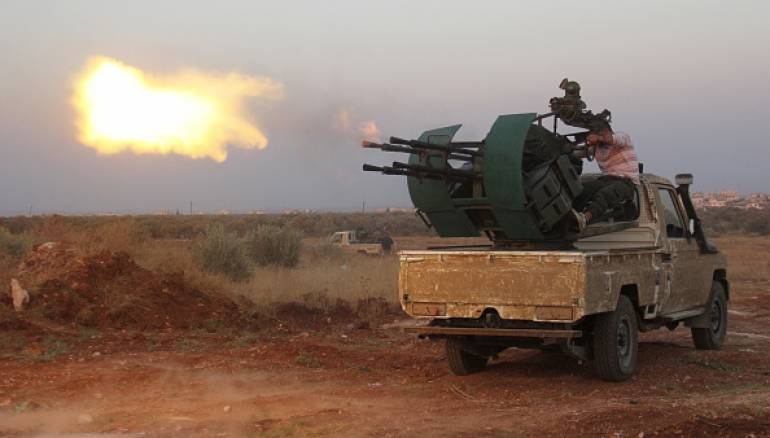 Eleven opposition groups fighting in Syria against the regime of Bashar al-Assad formed a new alliance in the northwestern Idleb province on Monday.

Sources from the groups said they merged under the name of the "National Front for Liberation."

“The aim of this formation is to unite the components of the Free Syrian Army in Idleb province under one roof,” the new formation said on social media.

All of the groups have been operating in Idleb and the northern part of Hama under the Free Syrian Army.

The Sham Legion commander Fadil Allah al-Hajji became the leader of the new front, while Suhaib Layyush from Jaysh al-Nasr was appointed as his deputy.

With this new formation, the opposition group created one of the largest military groups in Syria fighting the Assad regime, bringing together nearly 30,000 people.

Syria has just begun to emerge from a devastating civil war that began in early 2011 when the Assad regime cracked down on pro-democracy protests with unexpected ferocity. UN officials say hundreds of thousands of people have been killed in the conflict.