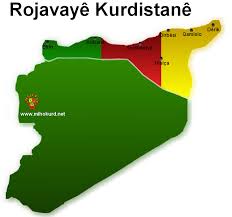 The SDF met in Qamishli with a number of political parties, most prominently the SDC and the Movement for a Democratic Society, as well as Arab tribes and the Syriac Union and the Council of Churches.

The Secretary-General for the SDF, Mahmoud Merai, told Smart on Friday that all the fronts they met with had affirmed their readiness to begin Syrian on Syrian dialogue and to go to Damascus without preconditions.

Merai added that the front believed in a “political solution without preconditions or foreign intervention through a conference held in Damascus.”

Merai noted that he had not brought any message from the Syrian regime to the parties in Qamishli, but that they were ready to play the role of mediator between the two sides.

A member of the presidential council in the SDC, Hikmet Habib, told Smart that in the council they supported the idea of dialogue with the regime in Damascus or Qamishli or any other Syrian city.

He said that the SDF and the regime forces were the only two active forces in Syria, with the first in control of 30 percent of the country and the second controlling other large portions of it. He continued: “For that reason it is possible to sit at the negotiating table.”

Habib added that the council had a “national project” through which all Syrians could negotiate and stressed that they were not carrying out an American project, and rejected any military presence in the period following the political solution in Syria — whether American, Turkish or Iranian.

The council (the political wing of the SDF which is dominated by Kurdish People’s Protection units) aspires to a decentralized system in Syria and in that respect has announced establishing a “federalist system” in the areas under its control, which has faced local, regional and international backlash.

Habib did not rule out the return of areas under its authority to regime control after dialogue and discussion and the building of a “national army in which the SDF are included … under a consensual constitution with a decentralized system for all Syrians.”