The arrest of the Arab tribesmen, for allegedly looting, has created a rift between the groups writes Zaman Al Wasl 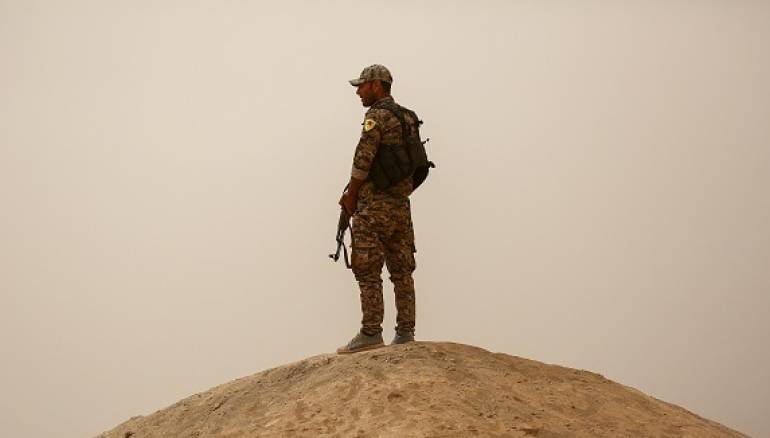 Tensions were elevated between the Kurdish YPG militia and Al-Sanadid Forces near the Iraqi border following the arrest of tribesmen charged with looting, local sources said Tuesday.

On Monday, the powerful Kurdish People's Protection Units (YPG) arrested members from the militia that was formed by the Arab Shammar tribe in northern Hassakeh province, claiming they were involved in theft and looting acts.

In response, Al-Sanadid militia arrested 10 YPG fighters near the town of al-Qahtaniya east of Qamishli city.

The tribal force also set up checkpoints in the oil-rich area of Rmailan.

The Al-Sanadid Forces are affiliated with the co-president of Jazira Canton and tribal leader Humaydi Daham al-Hadi, and are led by Humaydi's son Bandar al-Humaydi.