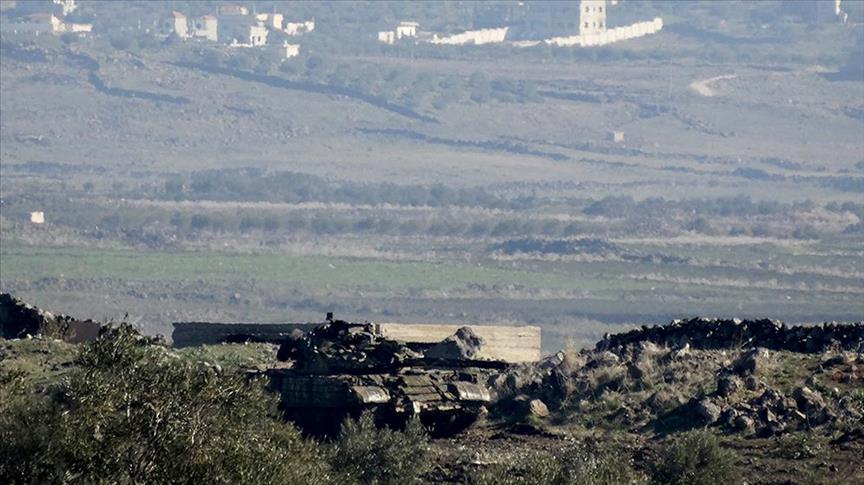 Syrian rebels are on alert as regime forces backed by Hezbollah and Iranian militias have been mobilizing troops to launch a major offensive in southern Syria despite warnings from Washington, local sources said.

Regime forces seek to split up the rebel-held areas in Daraa and Quneitra provinces along the Jordanian border and the Israeli-Occupied Golan Heights.

Field sources said Bashar al-Assad's forces plan to seize the strategic hilltop of al-Harra in the western countryside as well isolating rebels in the al-Lajat region that lies on the border with Jordan.

Bashar al-Assad's forces have recovered swathes of territory from rebels with the help of Russian air power and Iran-backed militias, and has repeatedly pledged to take back "every inch,” according to Reuters.

Assad said on Wednesday his regime was still pursuing a political solution for Syria's rebel-held southwest, but would use military force if efforts failed.

Meanwhile, clashes erupted on Monday between Hezbollah militia and rebels in Quneitra.

Hezbollah militants have intensified their assault in the southwest region despite a clear warnings from the US that it would take firm and appropriate measures in response to violations in the designated de-escalation zone in southwestern Syria.

Activists have reported Hezbollah casualties after clashes that took place in the village of Um Batneh south of Quneitra city.

After seven years of conflict, the southwest of Syria, bordering Jordan and the Israeli-occupied Golan Heights, is one of the parts of the country still outside the regime's control.

Since last year, a "de-escalation" deal brokered by Jordan, Russia and the United States has contained fighting in the southwest.

North of Daraa, Lebanese Hezbollah have been deployed in positions across from opposition-held Zimrin base and Kafr Sham areas. The Iranian Revolutionary Guard is deployed against the Mashara position.

Northeast of Daraa, Iraqi Hezbollah and the Iranian Revolutionary Guard are stationed at the Izra oil depots, while Lebanese Hezbollah and Fatemiyoun were deployed within the 49th Battalion on the road to the city of Alma.