Israel was blamed for the airstrike that killed an unknown number of Iranians, but they denied the reports writes Asharq al-Awsat 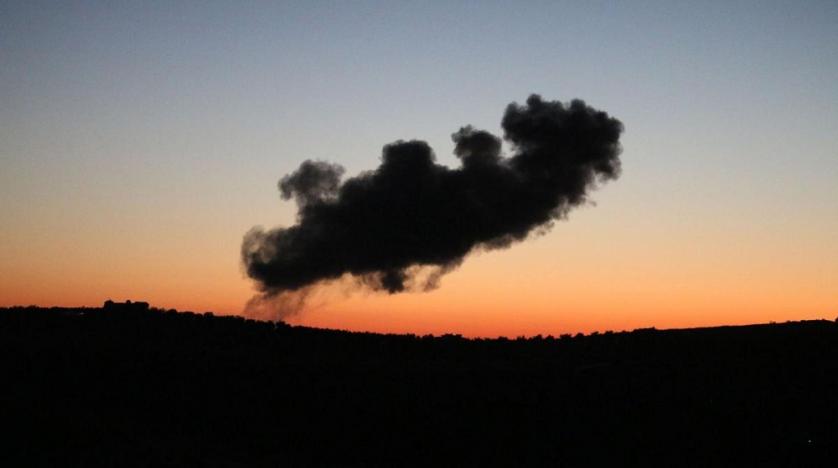 Iranian forces were killed on Sunday in airstrikes that hit the Syrian regime linked T-4 base, located between the cities of Homs and Palmyra.

The regime media outlets accused Israel of launching the strike, while Tel Aviv said it does not comment on foreign reports.

Rami Abdel Rahman, head of the Britain-based Syrian Observatory for Human Rights, told AFP that the missile bombardment killed an unspecified number of “Iranian and pro-regime fighters” at the T-4 base and was “likely to be Israeli.”

The base, where Iranian forces and Lebanese “Hezbollah” fighters are believed to be stationed, was repeatedly targeted in the past few months.

However, Syria’s state-controlled SANA news agency quoted on Sunday a military source as saying that Syrian air forces intercepted an Israeli attack and downed a number of missiles which were targeting the base.

It added that the air defenses hit one of the “attacking planes and forced the rest to leave” Syrian air space.

Meanwhile, a ceasefire deal reached between regime ally Russia and opposition factions to end more than two weeks of deadly bombardment in southern Syria was violated on Sunday after both sides exchanged fire.

Regime forces advanced in the area, while their warplanes killed four civilians.

The air strikes on the Daraa province also postponed an opposition evacuation deal to the province of Idlib in the northwest of Syria.

A hundred buses were prepared to arrive in the province to evacuate the opposition, but the operation has been postponed to a later date.

Since June 19, the deadly regime bombardment campaign on the province had caused more than 320,000 people to flee their homes, according to the United Nations.