On Monday, the rebel-held enclave of Daraa was completely besieged and the regime is poised to recapture the entire city writes Al-Araby al-Jadeed 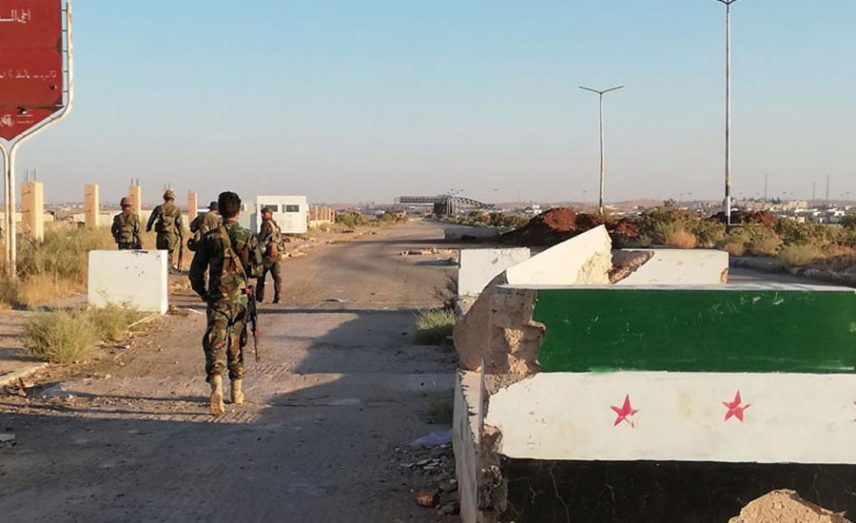 Syrian regime forces and allied militias on Monday besieged the rebel-held enclave of Daraa and are poised to recapture the whole of the southern city, rebels said.

Since Jun. 19, 2018, a deadly bombardment on the province, by the regime, has caused more than 320,000 people to flee their homes, according to the UN, many to the sealed border with Jordan.

Abou Shaima, a spokesman for the opposition in Daraa, said the regime has pushed into a main base west of the city before the formal evacuation of rebels opposed to a Russian-brokered surrender deal.

"The army and its militias have besieged Daraa completely," the rebel spokesman told Reuters.

On Friday, rebels and the regime announced a ceasefire deal, giving opposition fighters a chance to hand over their heavy weapons and pave the way for a regime takeover of the province.

At the beginning of the revolution Daraa, Homs and all other cities would go out and chant: ‘oh Hama forgive us’, referring to the massacre that took place in Hama in the 1980s. Today we say, ‘oh Daraa, forgive us’. The regime has occupied the birthplace of the revolution, and the world looks on.

Under the deal, rebel fighters opposed to the agreement are to be allowed to evacuate to opposition-held areas in northern Syria before the hand over of weapons and a return of regime rule.

The rebels say the deal does not allow the regime army to move into their bastions, instead allowing local forces, formed from ex-rebel fighters – to take over security under the oversight of the Russian military police.

"There is a lot of fear and we do not trust the Russians or regime," Shaima added.

Since Russia intervened on Assad's side in Syria's conflict in 2015, the Damascus regime has notched up a series of victories against rebels in the country.

Regime forces, who secured the capital Damascus earlier this year, now control more than 60 percent of the country, according to the Syrian Observatory for Human Rights.

The deal between rebels and Russia announced for Daraa is the latest in a string of such accords aimed at bringing rebel held areas under the control of Damascus.

These often come after blistering military offensives or crippling sieges, which effectively force the rebels into these so-called "reconciliation" deals.