An Islamic State affiliate took control of Heet, near the Jordanian border, despite Russian and regime airstrikes against them. 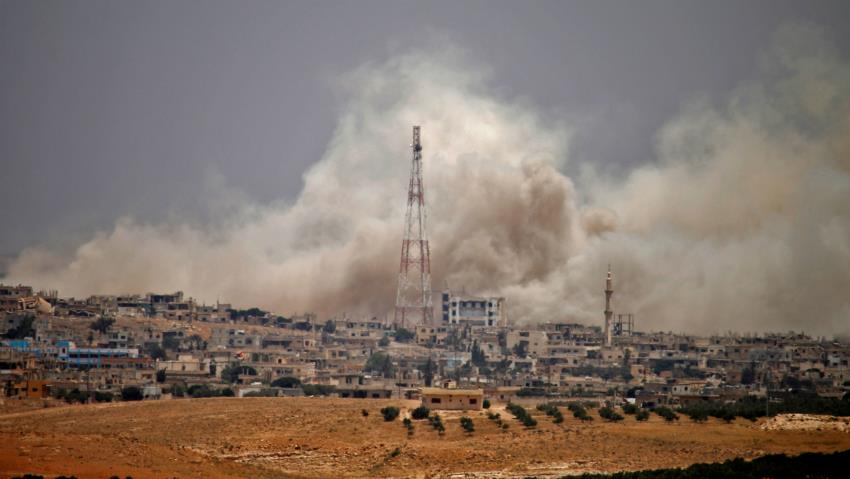 An Islamic State (ISIS) affiliate seized a village in southern Syria overnight from rebels who had agreed to a regime takeover, a Britain-based war monitor said on Thursday.

Much of the southern province of Daraa had been quiet since Friday, when a ceasefire deal between rebels and the Russian-backed regime ended a nearly three-week long regime assault.

But Jaish Khaled bin Walid, a local ISIS branch that controls a small corner in the southwest of the province, on the border with Jordan and close to the Israeli-occupied Golan Heights, is not included in that deal.

Overnight into Thursday, the jihadists took control of the village of Heet near the Jordanian border, the Syrian Observatory for Human Rights said.

Fighting since Wednesday has left 16 rebels and 12 jihadists dead including two suicide bombers, he said.

Since Jun. 19, 2018, the regime has been pressing military and negotiation efforts to retake the whole of Daraa and the adjacent Quneitra province from the opposition.

A government victory in the strategic area bordering Jordan and the occupied Golan Heights would be symbolic, as it is seen as the cradle of the seven-year uprising.

The regime now controls more than 80 percent of Daraa province, the Observatory says, though some parts of its western countryside remain under opposition control.

President Bashar al-Assad's regime has retaken more than 60 percent of the country since 2015, when Russia intervened militarily to bolster it.

Syria's civil war has killed more than 350,000 people and displaced millions since it started in 2011 when the regime responded with military force to peaceful protests demanding democratic reforms, triggering an armed rebellion fuelled by mass defections from the Syrian army.