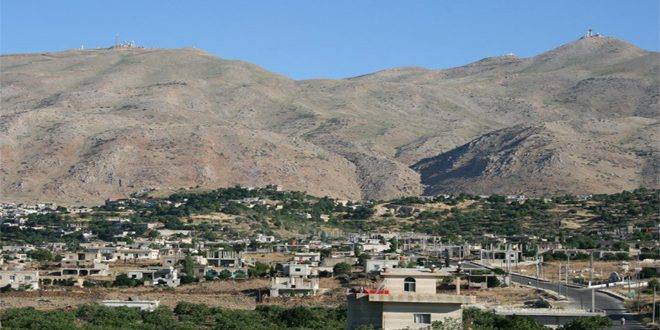 The attack targeted the town of Mashara in the southwestern province of Quneitra.

Sources said 30 fighters loyal to Bashar al-Assad have been killed and dozen wounded.

Israel has been on alert as Assad's forces advance on rebels in the vicinity of the Golan Heights, much of which Israel captured and annexed from Syria in 1967, a move not recognized internationally.

Israel worries that Assad could let his Iranian and Hezbollah reinforcements entrench near Israeli lines, or that Syrian forces may defy a 1974 Golan disengagement agreement.

The attacks took place in the vicinity of the villages of Hader Tall Kurum and Jaba in western rural Quneitra, in rural central Al-Samdaniya, and the town of Madinat al-Baath