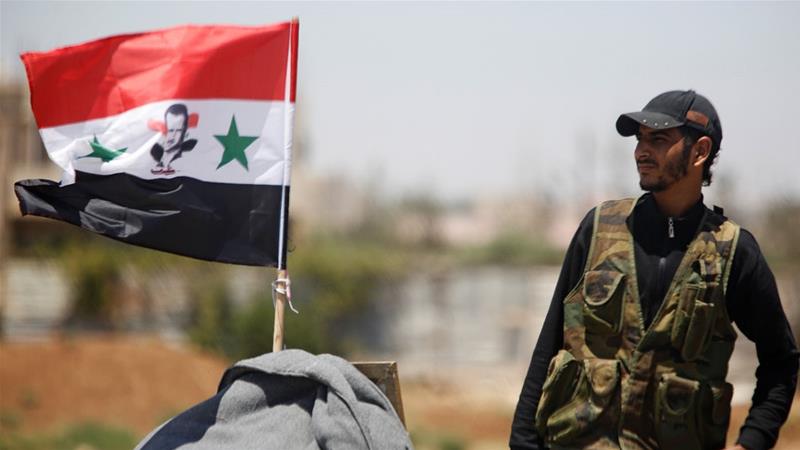 Assad’s forces and militias backed by Iran have been carrying out a heavy bombardment campaign since Sunday morning in the Quneitra province in southern Syria, amid reports of an attempt to take control of the first towns in the countryside of this strategic province, which is close to the occupied Golan Heights.

The director of the Syrian Observatory for Human Rights, Rami Abdelrahman, said: “Regime forces and loyalist fighters have begun to carry out a heavy attack on the Quneitra countryside, with ongoing heavy clashes with rebel groups in the area since dawn on Sunday.”

He added that the bombardment had begun at three in the morning, and was still going on hours later, saying that the area “had been struck by more than 800 artillery and rocket shells.”

According to the Observatory, regime forces and militias have succeeded in advancing and taking control of the town of Masharah, which is in the center of the Quneitra countryside. There was no information about casualties yet.

He said that the bombing had hit towns in the neighboring Daraa province as well, however activists denied these reports.