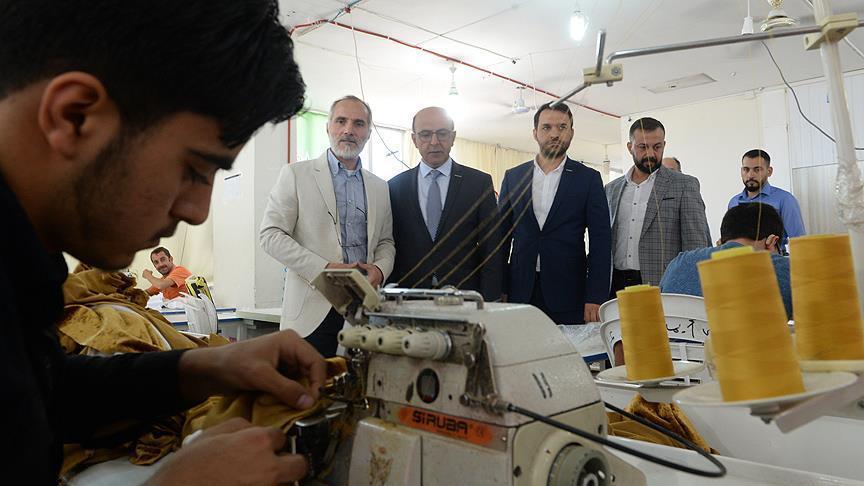 On Tuesday, a prominent Turkish business association announced that it aimed to open a new branch and a trade center in territories cleared of YPG/PKK and Islamic State terrorists in Syria.

The new branch and trade center are aimed at boosting trade and prosperity for people in the region who have been liberated from terrorists by Turkey’s Euphrates Shield and Olive Branch operations, according to the Independent Industrialists’ and Businessmen’s Association (MUSIAD).

"We will open a Syrian branch as soon as possible as we intend to establish a bridge between businessmen in Syria and Turkey," said Ibrahim Uyar, the chairman of the foreign organizational development commission at MUSIAD.

Uyar said the new branch would be opened after negotiations with the chamber of commerce and businesses in the region.

"Thanks to the trade center and the new office, our Syrian brothers will develop their trade relations, and through this trade, the trust and stability will come again to the region," he added.

Uyar also said activities in the region would significantly contribute to the Turkish economy, especially as people displaced from the region return home and the normalization process can begin.

He emphasized that MUSIAD's priorities were to address the basic needs in food and textiles, and provide opportunities in the field of construction materials later on.

"MUSIAD has a very important, restorative and commercial position in terms of rehabilitation of this region," said Omer Faruk Akbal, the chairman of the domestic organizational development commission in MUSIAD.

Since the liberation of the region from terrorists, Turkey has been supporting the normalization of the territory by supporting healthcare, education, and safety services.