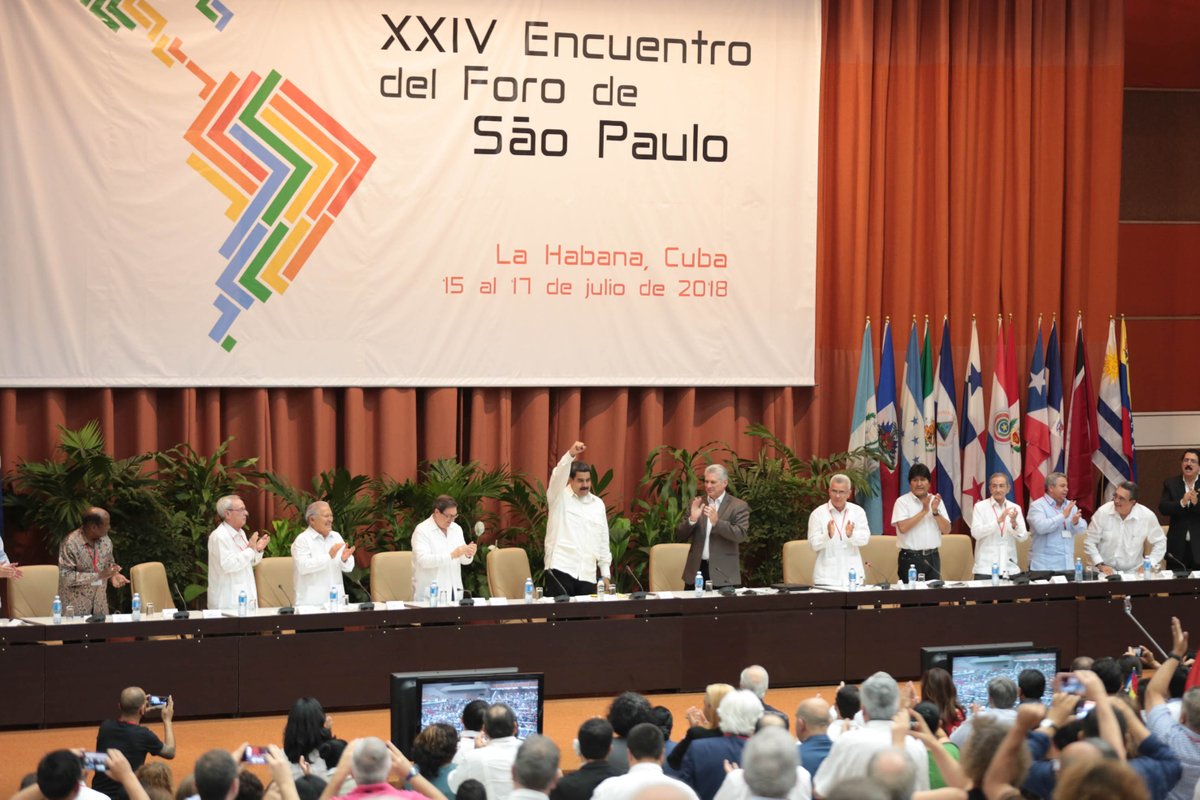 The President of the Cuban State Council and Prime Minister, Miguel Diaz-Canel, stressed his country’s support for Syria and its war against terrorists.

Delivering a speech at the concluding session of the Sao Paulo Forum for Progressive and Leftist Parties in Latin America and the Caribbean currently held in Havana, Canel strongly criticized the US policies towards the region and the world.

For his part, President of Venezuela, Nicolas Maduro highly appreciated Syria’s steadfastness in the face of terrorism and current challenges.

Earlier in the morning, a delegation from the Regional Leadership of the al-Baath Arab Socialist Party, which is taking part in the event, met the head of the Chinese delegation to the Forum and Mayor of Shanghai, Ying Yong.

The two sides reviewed the latest developments in Syria, especially in the southern region, with the Syrian officials expressing gratitude to China’s supportive stance towards Syria.

In turn, Yong underlined the victories achieved by the Syrian Arab Army to defeat terrorism, stressing China’s readiness to take part in the rebuilding of Syria and share its expertise in this regard.