In a telephone call with his Jordanian counterpart, Lavrov also highlighted the importance of the return of displaced Syrians in Jordan reports SANA 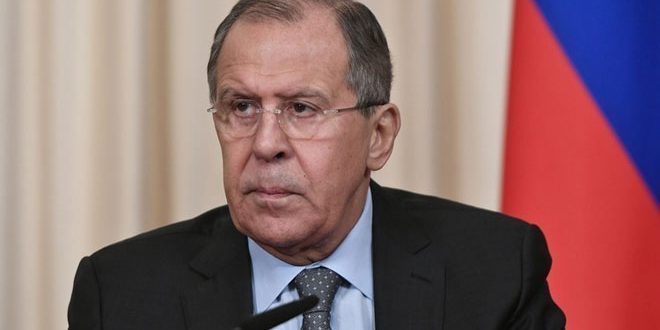 Russian Foreign Minister Sergey Lavrov underlined the importance of helping Syria’s reconstruction of the country once the crisis is over.

On Sunday, the Russian Foreign Ministry said in a statement that there was a telephone call between Lavrov and his Jordanian counterpart Ayman al-Safadi in which the two sides discussed the latest developments in the Middle East, particularly in Syria, in light of the success of combating terrorism in southwestern Syria.

Lavrov shed light on the importance of accelerating the return of the displaced Syrians to their homeland.

The statement indicated that al-Safadi highly appreciated the Russian efforts, which aim at contributing to the return of displaced Syrians, including those who are in Jordan. He expressed his country’s readiness to cooperate in solving the problems related to that.

The statement added that al-Safadi informed Lavrov that those know as the “White Helmets” had arrived in Jordan to be later deported to a number of Western states.