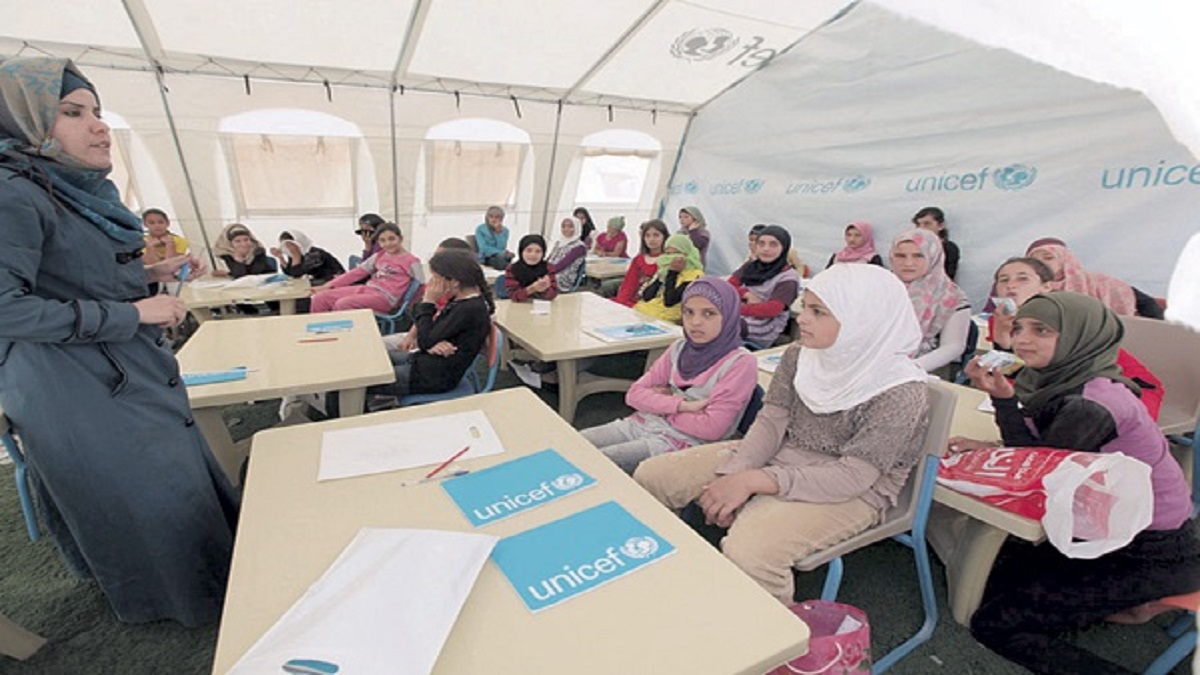 Syrian teachers in the Zaatari camp in northern Jordan said that on Tuesday, the decision was made to sack all instructors, following a meeting with UNICEF, the primary backer of education programs for Syrian refugees in the camp.

Ahmad Abou al-Walid (a teacher in the camp) told Ana Press that the reason for the decision was a surprise.

Abou al-Walid said that “nearly 675 teachers were working in the camp’s schools, and now they do not have jobs. We now need to look for new jobs in order to support ourselves.”

Syrian refugees in Jordan told Ana Press over the phone — some of them asking not to be named — that these steps aimed to pressure them to return to their country, but without providing any real guarantees for their security and safety.

It was not possible for Ana Press to reach any UNICEF officials in the Jordanian camp to confirm whether this action was confined to the Zaatari camp or whether it was happening in all refugee camps across Jordan.

Amar al-Hajj, a Syrian activist in the Jordanian camps, told Ana Press that “there is concern among Syrian refugees, that the issue of returning to Syria would be imposed on them through actions like firing teachers, so that return becomes a fait accompli. Especially after the confirmation of a plan to return refugees, as well as Jordanian statements made by the likes of the former Jordanian minister, Bassam al-Amoush, who said that the host country must return Syrian refugees to Syria before it goes to the Iranians.”

Hajj added: “So far there has been no discussion of guarantees. The UN refugee agency has been silent. They have not even said whether they accept the plan to return refugees. No one knows what will happen to us.”