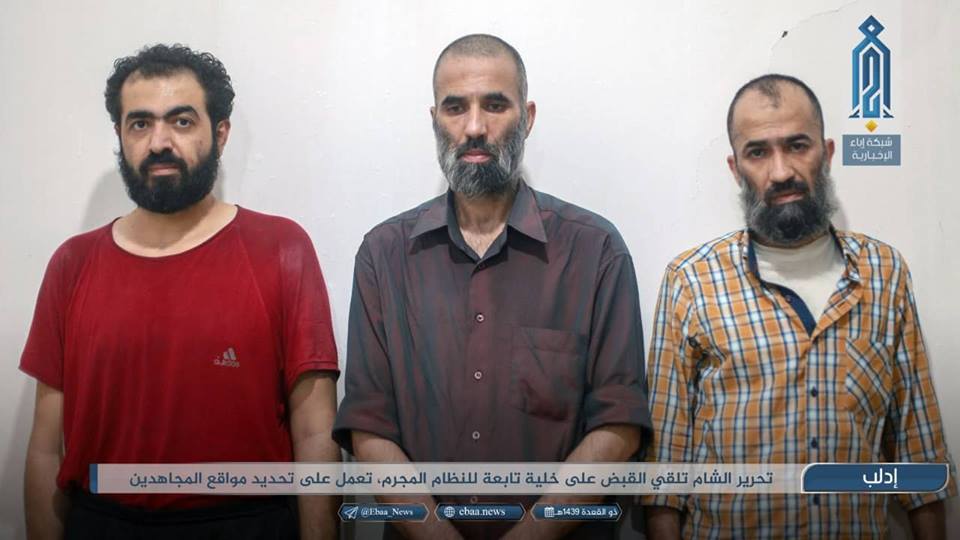 On Monday, the powerful Hayat Tahrir al-Sham arrested three men said to be coordinating with regime military intelligence and with Russia’s Hemeimeem base.

The jihadist group that controls most of the northern Idleb province has waged a campaign against the Islamic State and regime sleeper cells in the last few weeks after a series of assassinations targeted its commanders.

An official in Tahrir al-Sham told Zaman al-Wasl that more sleeper cells are to be eliminated very soon after intense efforts by the domestic security services.

On Sunday, Tahrir al-Sham arrested 13 people over links with the regime, saying they sought a reconciliation deal with Assad’s forces, local sources said.

The raids targeted the town of al-Hubait in Idleb’s southern countryside. Sources said the detained people had been coordinating with the Russian Hemeimeem base in Latakia.

Rebel groups warned civilians against any collaboration with Damascus or the seeking of reconciliation deals in Idleb and Hama provinces.

Idleb has been a haven for tens of thousands of rebels and the 2.3 million civilians who were forced to abandon their homes in other parts of western Syria, which the regime and its foreign military allies have recaptured from rebels.