A UN-led group of health agencies has warned that an anticipated Syrian regime offensive against opposition rebels in Idleb province could displace more than 700,000 civilians writes Al-Araby al-Jadeed 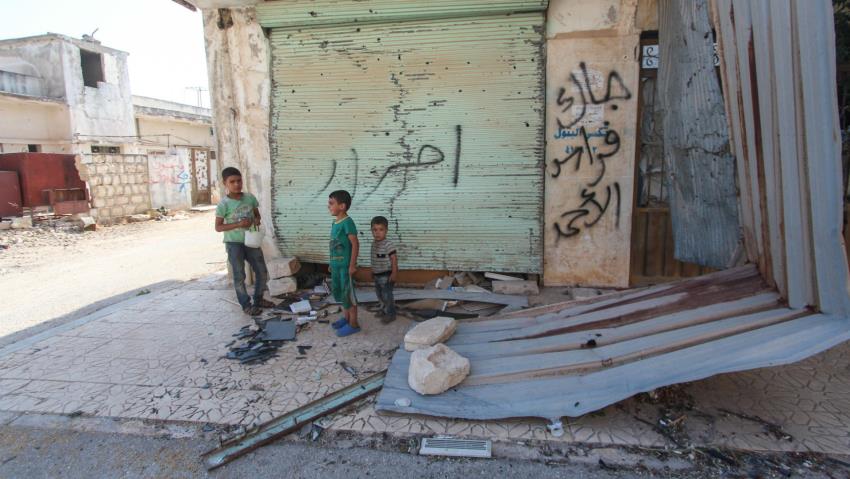 An influx of displaced civilians has roughly doubled the population in Idleb to around 2.5 million, partly because of agreements for fighters and their families to move to the province following defeat in battles across the country.

The United Nations has said the province has become a "dumping ground" for evacuees.

"Increased hostilities in the north west in the coming period are expected to result in the displacement of 250,000 to over 700,000 people in Idleb and surrounding areas," the monthly Health Cluster Bulletin, published by a group of health-focused aid agencies led by the World Health Organization, said.

"This will cause an increased need for humanitarian assistance to the new vulnerable and host communities, especially emergency health services."

Between mid-June and the end of July, fighting in the south of Syria displaced 184,000 people, with more than 10,000 going to Idleb.

Last month, Bashar al-Assad said in a Russian media interview that the Idleb province would be a priority for his forces.

In June, the UN regional humanitarian coordinator Panos Moumtzis said that Idleb’s entire population of 2.5 million could be displaced and move towards the Turkish border if there was a major battle.

Such a battle would be much more complicated and brutal than anything seen so far in the seven-year war, he said.