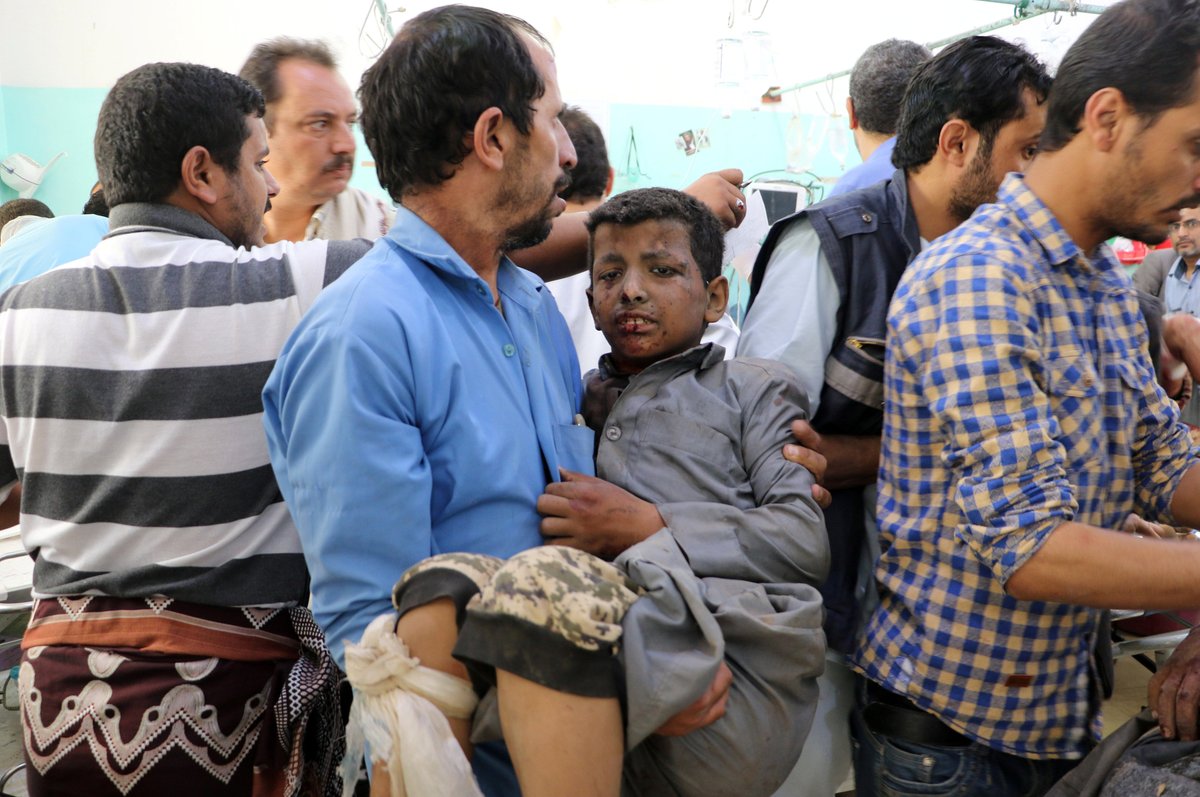 Syria has strongly condemned the ugly crime perpetrated by the Al Saud regime coalition against a convoy carrying children in Yemen. The crime claimed the lives of a great number of the children and injured many others.

“The Syrian Arab Republic condemns, with the strongest terms, the heinous crime perpetrated by the Al Saud regime coalition against a convoy carrying children in Yemen, and claimed the lives of a large number of the children,” an official source at Foreign and Expatriates Ministry said in a statement on Thursday.

The source added that the crime comes within the context of the repeated crimes carried out by the Saudi Wahabi regime against Yemeni people. The act unveils the bloody and brutal nature of that regime, which is considered a main supporter for terrorism.

The statement affirmed that Syria holds states such as the US, Britain and France, which supply weapons to the Saudi regime, responsible for the crime.